Showing posts from July, 2018
Show all

A wake up call: the Far Right in Aotearoa 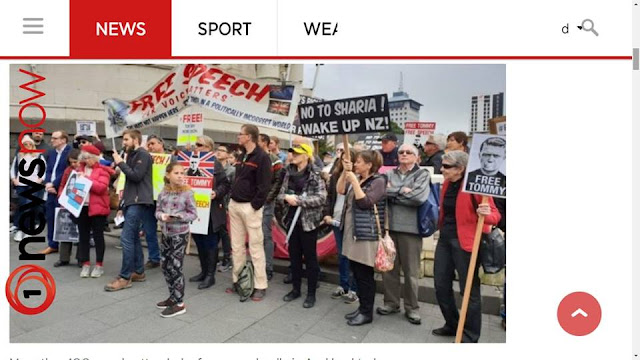 Today around 80 supporters of the far right gathered in Aotea Square brandishing placards in support of Tommy Robinson. Robinson is a former member of the fascist British National Party, and founded the English Defence League. He and his cronies are committed to fighting the ‘Islamisation’ of Europe. Robinson is currently in jail for contempt of court. When I turned up at the rally to join a counter-protest, I felt sick to the stomach to hear these people talking about ‘free speech’, and then proceeding to hand out leaflets and tell passers-by to educate themselves about the threat of Islam. Make no mistake, Robinson and his ilk – though some of the supporters at the rally may indeed have been hoodwinked into thinking they were defending the right to non-violent freedom of expression – are toxic, racist and   their ‘freedom of speech’ is in fact hate speech. They want the ‘freedom’ to label Islam a ‘rape culture’ – yes, that is what they were saying today – to pose Muslims
Post a Comment
Read more 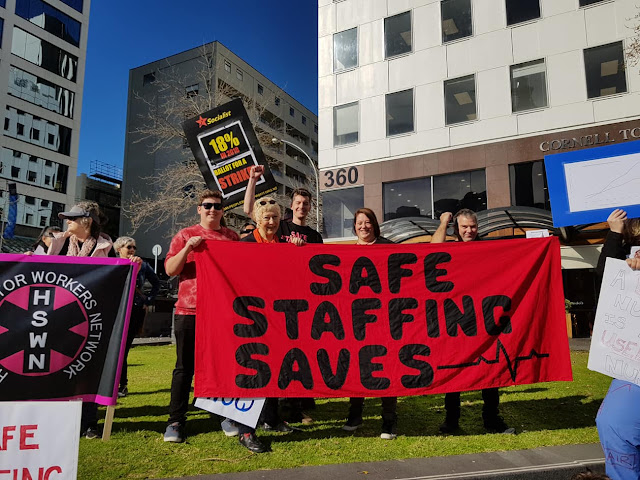 The members of the New Zealand Nurses Organisation working at the country's public hospitals and DHB provided services are in a perilous position since the union's leaders abruptly cancelled one of the two strike days last week. The strike which should have taken place tomorrow, was cancelled last week after the union leaders said it had received a better offer. The union sat on the offer for the weekend before revealing it to be much the same as the previous offer. There was no increase to the percentage of 3% offered as an annual increase, and there was still no backpay but instead a lump sum of $2000 for full time nurses, and proportionally less for part time nurses. The ultimate solution to the short staffing plaguing the hospitals was the same funding of another 500 nurse vacancies for hospital wards only (not DHB funded community nurses or clinics). According to the Nightingales for Fair Pay spokesperson Danni Wilkinson, this amounted to less than 10% of a nurse per wa
Post a Comment
Read more
More posts