Showing posts from August, 2017
Show all

I will never forget the women of Highland Park Events cinema... 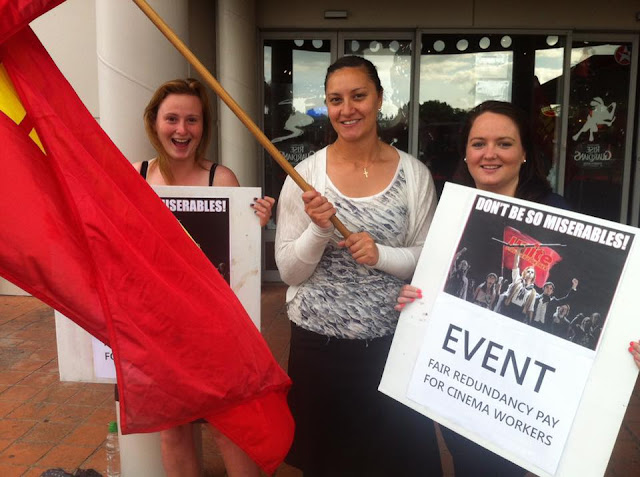 I will never forget the women of Highland Park Events cinema, who were made redundant by the company without getting a penny from the company. Three had worked there for over 15 years. Unite fought hard alongside them, and in the end we got a redundancy contract for future workers in our collective agreement. But this is not good enough- the Highland park workers got nothing, and thousands of workers without union protection will continue to get nothing. It's time for the law to be changed- will a new Labour Government in New Zealand introduce statutory redundancy provisions for all workers who lose their jobs? This law needs changing.
Post a Comment
Read more 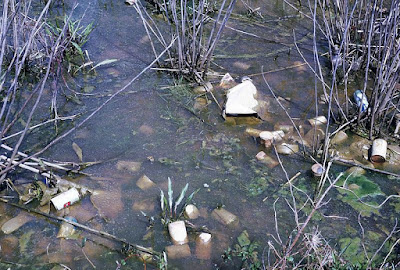 Capitalism, that great and efficient distributor of goods and services. It has brought us, with its compatriots, colonization and Christianity, oppression and extinction of indigenous cultures, the creation and exploitation of the working class, systematic domination over nature and non-human animals, and other travesties. It’s given us over-consumption and species collapse, destruction of ecosystems and then biospheric conditions. It’s given us a plastic filled planet, more nurdles than fish. Fukushima. It’s given us global inequality as well as the contradiction of both poverty and obesity in the western world. It’s given us billionaires and homelessness. It’s given us information overload and antibiotic resistance. You could argue the three C’s have also brought us education, health, longer life spans, medical advancements so women don’t die in childbirth, moral development (in the western tradition) and democracy. But in reality, those benefits and costs are so unevenly spre
Post a Comment
Read more

The Mettle of Metiria. 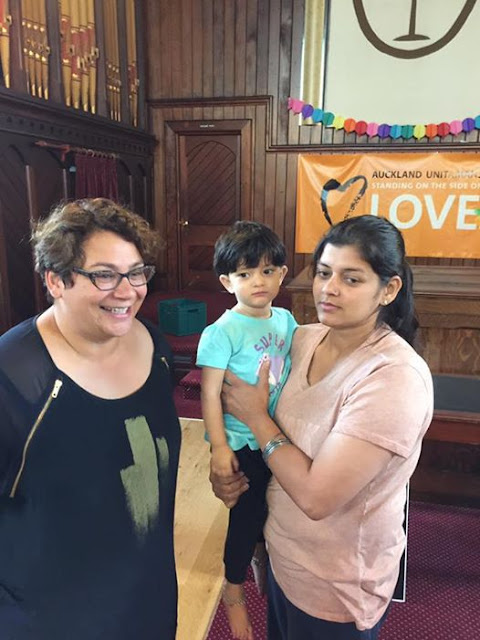 Metiria stood with the Indian Students fighting exploitation and deportation in the sanctuary of the Unitarian Church.  Metiria stood in solidarity with Unite Union workers who took strike action to defeat zero hours contracts. She has been subjected to a vicious avalanche of manufactured outrage from media pundits, vilified by the rabid right wing and betrayed by opportunists within the left. Her crime- to fight for the unemployed, beneficiaries and the poor. A lot of people are sickened by what passes for politics in this country. Thank you Metiria for being on our side fighting when it counts. - Joe Carolan, Socialist Aotearoa.
Post a Comment
Read more 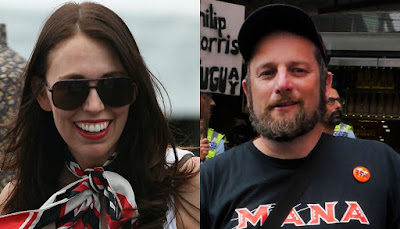 In light of the leadership change Maria Hoyle from the Anti-Capitalist interviews Joe Carolan Unte union organizer and 2017 Mt Albert by-Election about the prospects of the leadership change. Maria Hoyle for the Anti-Capitalist: With Jacinda Ardern taking over, there is a feeling of hope and expectation, that it will invigorate the campaign, that young people will go to the ballot box for a change… what’s your view on what Jacinda might offer? Joe Carolan: We’re in the early throes of Jacindamania [just three days after she took over Labour leadership] and there’s a honeymoon period in the media. Established hatchet men like Patrick Gower have been given pom-poms by Steven Joyce to be her cheerleader. I would argue there’s another member of the Labour caucus that’s in power and his name is Paddy Gower. He seems to be the one who calls which one is their leader! Jacinda is very presentable, there’s a generational thing there, she’s 37. A lot of young people are saying, ‘What was
Post a Comment
Read more

From Kakariki to Tui and back again

To recent political viewers, the Green party appears to have taken a sudden swing to the left with the release of their ‘ Mending the Safety Net’ policy. While overshadowed by Metiria’s confession that she had undeclared flatmates while on the DPB, the policy itself is more striking than her so-called fraud. After all, anyone who has been on a benefit has probably had to tell a ‘white lie’ to survive the process. ‘Mending the Safety Net’ is the first substantive attempt to roll back the social warfare attacks of the 1990’s and for a party that has, for the past 10 years, been devoid of socially controversial policy it seems dramatic. But the Greens were not always so bland. Up until the untimely death of their male co-leader Rod Donald, the Greens were a progressive party championing radical environmental and social policies. Remember, the first lot of Green MPs included Sue Bradford, Keith Locke and Nandor Tanczos! In those early years the party was made up of environmentalists,
Post a Comment
Read more 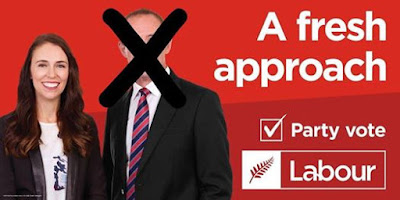 A week is a long time in politics, and Meteria Turei must have thought the last ten days was an eternity. The media baying like hounds focused on her admission of non-disclosure of flatmates’ rent while receiving the DPB, deliberately took attention away from significant new social policy. The ‘benefit fraud’ story was picked at in every possible way, inflicted upon the public like Chinese water torture. In contrast, the media pressure on and stare-down of Andrew Little, leading to his departure, was politics at the speed of light. Time always goes a bit crazy in an election year, and hyperbole, and character attacks on the left are de rigeur. Let’s not forget the Donghua Liu lies attacking David Cunliffe, that saturated the front page of the Herald during the 2014 election. We shouldn’t be surprised that Andrew Little has been undermined and resigned under pressure. A steady hand on the tiller is required to navigate tumultuous political waters, full of snapping sharks, but it was a
Post a Comment
Read more

All hitherto existing history of the New Zealand Labour party is a history of ignorance to class struggle. 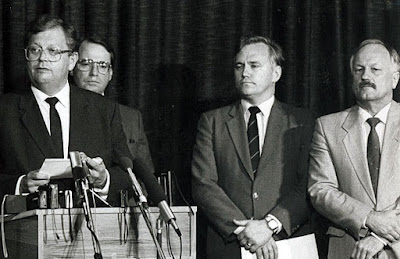 In recent years the Labour leadership fiasco has been an ongoing fight against the inevitable decline of the 101 year old party as predicted by its former leader David Lange in a 1991 column in the Dominion newspaper. "TRANS Tasman Labour Party celebrations have become a tad maudlin. The Australian Labor Party celebrates its centennial this year [1991] teetering on the edge of the electoral cliff. The New Zealand Labour party saw its 75th birthday out having gone over the side in large numbers [1990 general election defeat]. It is no great comfort to us that we have to roll aside smartly to deny the National Party lemmings a soft landing.Given there is no warrant to assume immorality the question must be raised as to whether Labour will make it to another significant anniversary. It would be foolhardy in these volatile times to predict what will happen, so I pursue instead the question of what should happen. The obvious question is as to whether there is still a place fo
Post a Comment
Read more
More posts