Crisis in the New Zealand Left. 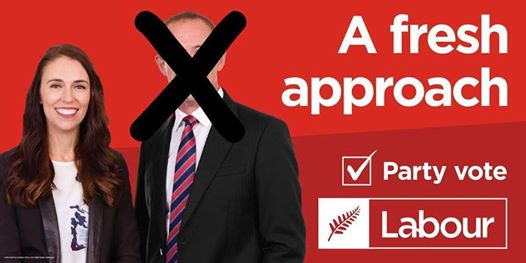 The abysmal polling of Labour at the weekend, barely clearing 26% of the vote, followed today by the resignation of Andrew Little as leader, shows a party in terminal decline. The caucus has no discipline, the factions plot against each other, and non entity after non entity gets thrust before the poison chalice of "leadership".

Vacuous rebrandings, cautious timidity, and a lack of boots on the ground for the issues that are crucifying working people, make toast of the "Fresh Approach" (TM) that is stale as last months bread. The focus group that decided on the latest rebrand must have been well aware that Approach drips of caution, but we dont need caution- we need a head long attack, a War on Poverty, not on the poor.

Abroad, the Left rises in many countries, not only inspired by dedicated veteran leadership, but also by substance- by a rediscovery of Socialist politics. It has become crystal clear that the NZ Labour Party is in terminal crisis, and those who thought it was a reformable vehicle that could be won back to some golden age social democratic mission see nothing but smoking ruins.

Now more than ever, we need a Socialist alternative in Aotearoa- one that fights the evictions, holds the picket lines, and begins the hard work of building a real left alternative in each local community.

Join us for a Socialist Forum on the Crisis in the NZ Left this Thursday 7pm at Unite Union, 6a Western Springs Road, Morningside.