Last weekend, we had our first game of Monopoly with the kids in the Carolan household. It was Oisin’s birthday present, and pretty soon both him and his sister Aoibheann were buying up the streets of the old London version, from his cheap 100 pounds fixer upper of the Angel, Islington, to her well appointed exclusive 400 pounds loft in Mayfair.

The kids asked what all the green houses and red hotels were for.
“Collect all the streets the same colour, and then you can build houses on them to jack the rent up by hundreds of dollars” said Heather.

“But that’s not fair, Mum”, said Ois- “houses are for living in. What if we can’t afford it?” Ahhh, that’s my socialist boy! And in a nutshell, that’s why the original Landlord’s Game was invented by socialist Elizabeth Magie. The world is not fair, and Auckland has turned into one big board game of Monopoly, one where everyone does not start equally with fifteen hundred pounds, and the Bank is rigged.

The kids are angry- so here’s my proposal.

There are 33,000 empty rental properties on the board at the moment in this city alone. Organising 33,000 seperate protests or occupations is a challenge that even General Strike could not command. Instead, let’s play a game of Auckland Monopoly.

On the one Glorious Day, we carry out four colour coded occupations of four empty properties in Auckland City.

Team Brown is for the low income streets. 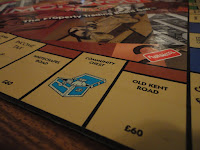 Here we will organise an occupation of an empty state house, raising the demand to stop the sell offs, and to build 10,000 new State Houses and Council Houses every year.

Team Orange is for the low paid workers trapped in the rental sector, who have few tenant rights and can be evicted by landlords upping the rent by $100 or more a week. Here we will occupy to fight for Rent Controls, Tenant Rights and a WOF for healthy, warm homes.
Team Red is for those workers who dream to one day own a family house of their own- bit of a garden, Kiwi dream etc. This action will be about what’s affordable and what’s not- even if a worker was paid a living wage of $20 an hour- how many years would it take them to buy a $600,000 house?
The last team, Team Green, would identify the elite 1%, and capitalist speculation, as the enemy, whether foreign OR domestic.

It would target a property valued in the millions of dollars, one which could house dozens of people, or one that lies empty whilst our homeless freeze in garages, in cars and on the streets. This action would demand that empty properties faced stiff Empty House taxes and fines- a punitive Rich Tax that could send some of these speculators straight to Jail, do not pass go, do not collect 200 dollars.

Four actions, co ordinated on one day, by a united front of Auckland’s Unions, Community groups and progressive groups. A strong visual theme using the Monopoly iconography, with top hats, monocles, colours and props. A big huge boot outside John Key’s residence, for one.

My union, Unite, voted to take action on Housing at our Conference this year. I believe that only unions, with mass working class membership reaching into thew communities affected, have the social weight and the organisational capacity to mobilise thousands of people on this issue so that we can win these demands for real. Who would like to see a Game of Auckland Monopoly kick off a of Housing Rebellion on the streets of Auckland involving thousands as Spring heats up into Summer? 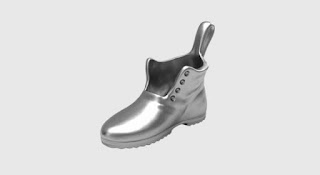