Showing posts from February, 2016
Show all

People Power at the TPPA blockade a Taste of Revolution

- February 28, 2016
At the beginning of 2016, on February 4 th , Aotearoa woke up. On that morning, one of the largest crowds this country has seen in recent decades assembled in Auckland’s Aotea Square and in other parts of the country, to protest the signing of the Trans Pacific Partnership Agreement (TPPA). New Zealanders were concerned about the TPPA’s unknown effects on the country and its potential attack on their sovereignty. It is now a matter of record that on the day an amalgam of the Left created the biggest non-violent direct action in NZ history. Underneath the TPPA issues are a raft of other closely related subjects  that helped to unite the people and galvanise the actions that unfolded. For many, the government’s blatant disregard of public opinion in ramming through this hugely unpopular trade deal is symptomatic of National’s treatment of ordinary people. The destruction of state housing, rising child poverty rates, attacks on beneficiaries and other attacks on the working class hav
Post a Comment
Read more

TPPA - After the Marches and Blockades - where now for the Movement? WORKERS VOICE RADIO 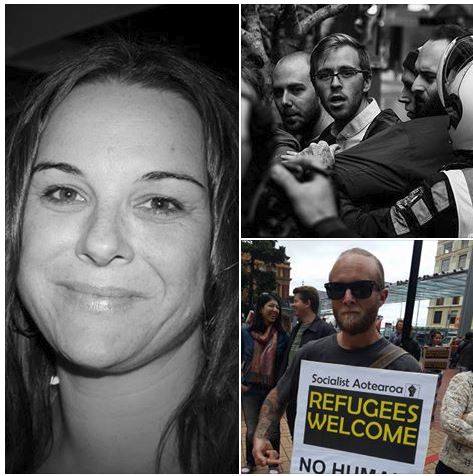 Adored leader, John "Nicolae Ceausescu" Key, made a speech to the adoring masses today. Expect a hole in his flag anyday soon. LGBT against the TPPA - John Key booed off the stage at the Big Gay Out. ‪#‎ BigGayOut‬   LGBT Resistance To The TPPA
Post a Comment
Read more

A Marxist analysis of the TPPA and a movement against capitalism from Joe C here starting at 18mins https://youtu.be/ufQZQ_mGvqs
Post a Comment
Read more

Against this System, a Real Choice rises. 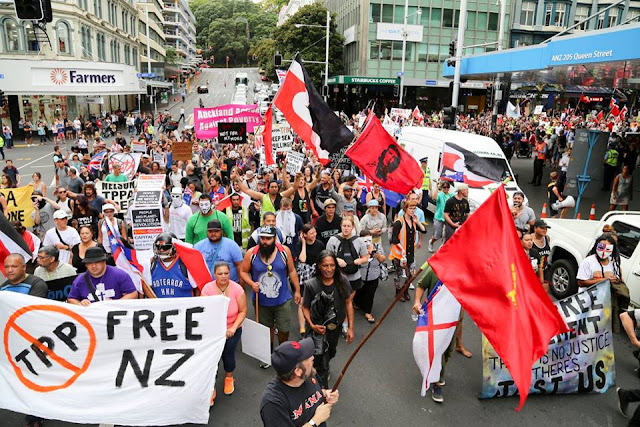 Despite the doomsayers on the Right , Left and in the Media,  the city of Auckland was shut down by non violent direction action on February 4th 2016 as the TPPA was being signed.  A strategy of tension, predicting "violence" and condemning radical groups such as Real Choice, did not deter a movement of 2,000 or so people from marching on Skycity and blockading the TPPA ceremony.  The support given to the Blockade from a wide spectrum of activist groups shows there is now a vibrant, extra parliamentary, radical movement in Auckland searching for streetwise strategy and a stronger, anticapitalist politics.  The canny and creative activist leaders of Real Choice are to be applauded for their superbly coordinated action on the day.  This is not the time to forget those who attacked this movement and wished it ill. Chris Trotter wrote- "Real Choice’s stated intention of “shutting down the surrounding area and stopping entry by blocking some surrounding roads – effective
Post a Comment
Read more
More posts