The One state solution.

- August 14, 2014
The Two-State Solution for Palestine has been tried since 1948 and even earlier. The concept of dividing Palestine into two states has been going on since the inception of Israel. Mandated Palestine was originally the division of Palestine into two states, one for Jews one for Arabs. That was in 1920 and basically split the country 50/50. As a result of the 1947-48 war, Israel retained all the Jewish part plus 60% of the Palestinian part. This was the founding of Israel, it was founded on the theft of Palestinian land: the Nakba, or catastrophe.

700,000 Palestinians were expelled from their land where they had lived for generations. Many have been living in refugee camps in Lebanon and other countries ever since. Many of them still hold the deeds to their proprties and the key to their front door. Around the same time 700,000 Jews moved to Israel from neighbouring Arab countries. The Palestinians have been fighting for their land ever since. In 2017, it will be 100 years since the Balfour Declaration, which was the beginning of all this, where Great Britain sided with Zionism and called for the creation of a Jewish homland in Palestine. Perhaps this could be a date to aim for, for the return to all Palestinians their land and freedom. 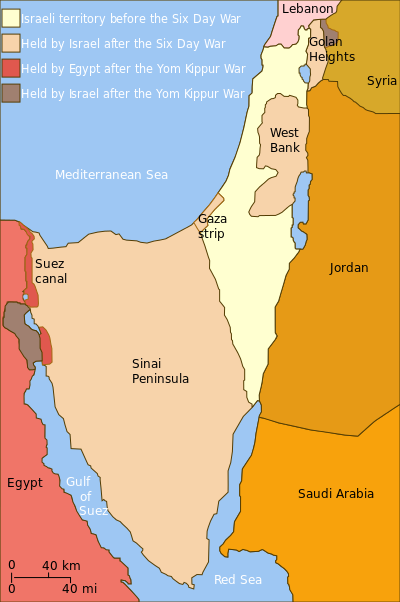 In 1967, during the 6 Day War, Israel seized the Gaza strip, Sinai Peninsula, West Bank and the Golan Heights, they have occupied these areas ever since. The UN Security Council resolution 242 of November 1967, which emphasises the inadmissiblity of the acquisition of territory by war, demanded the withdrawal of Israel's armed forces from territories occupied in the recent conflict. Israel has been in contravention of this resolution and resolution 338, which called for a ceasefire and negotiations for peace ever since.

In 1991 George Bush sent half a million soldiers to enforce a UN Security Council resolution, which called for another Middle Eastern amy – Iraq's – to withdraw from another occupied Arab land – that of Kuwait. Rather ironic considering The USA's unwavering support of Israel.

The numbers of Palestinians massacred by Israel is unimaginable; it has been going on since Israel was created, and is still happening as we speak. I won't try to list every massacre, for they are too numerous to list, but I will mention some of them for the record:

About 70 massacres occurred during the 1948 war when Israeli soldiers killed roughly 800 Arab civilians and prisoners of war. At the Sabra and Shatilla massacres in 1982, about 3500 civilians were murdered by Lebanese Christian militias supervised by IDF soldiers and was later found to be the responsibility of Arial Sharon. The Hebron massacre of 1994 was a shooting carried out by an American-born Israeli (Baruch Goldstein), a member of the far-right Israeli Kach movement, who fired on unarmed Palestinians praying inside the Ibrahimi Mosque in Hebron in the West Bank, killing 29 and wounding 125. In 2002 in Jenin, two major Israeli offensives and the reoccupation of the West Bank left nearly 500 Palestinians dead, including 70 children. The Gaza massacre of 2008 /2009 killed approximately 1400 Palestinians, mostly civilians. And Gaza in 2012, 133 Palestinians were killed and 840 wounded, to mention just some of them.

Every peace agreement that has been entered into has been broken or ignored by Israel. The one that really broke the camel's back in my view was the Oslo Accords in 1993. This started out as peace talks between the state of Israel, neighbouring Arab countries and the Palestine Liberation Organisation (PLO), negotiated by Yasar Arafat. At the outset many believed the Israelis would try to divide the Arab nations and get agreements behind the backs of the others, breaking the Arab bloc. But what happened in the end was Arafat secretly negotiated with the Israelis behind the backs of even his own Palestinian leaders, and made an agreement which basically handed everything over to Israel on a plate, relinquishing 78% of historic Palestine to Israel. 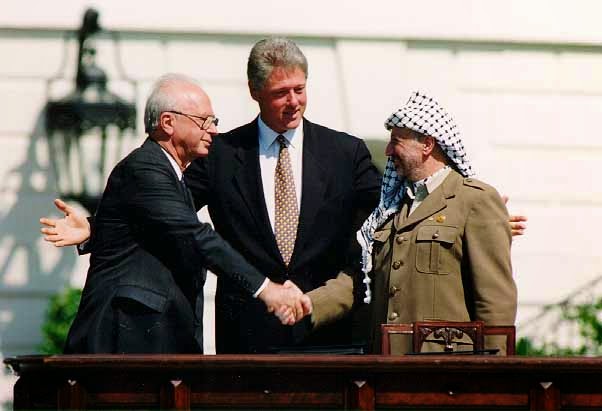 The only real hope for Middle East peace is for the end of the Israeli state as we know it; for Palestine/Israel to be one state where all citizens have equal rights and all exiled people to be able to return to their land and live in peace. It will take a long time for this to happen and will need a lot of help from the rest of the world. Perhaps we can take a leaf out of South Africa's book in some respects, but this process calls for a revolution in all the neighbouring countries, a real and successful Arab Spring. Not only that, but a revolution in American foreign policy before this is likely to happen.

Who knows what could be around the corner. From the perspective of International Socialism the future of us all is inexticably linked.