Showing posts from March, 2014
Show all

Vanguard, not Mudguard- the Future of the Mana Movement. 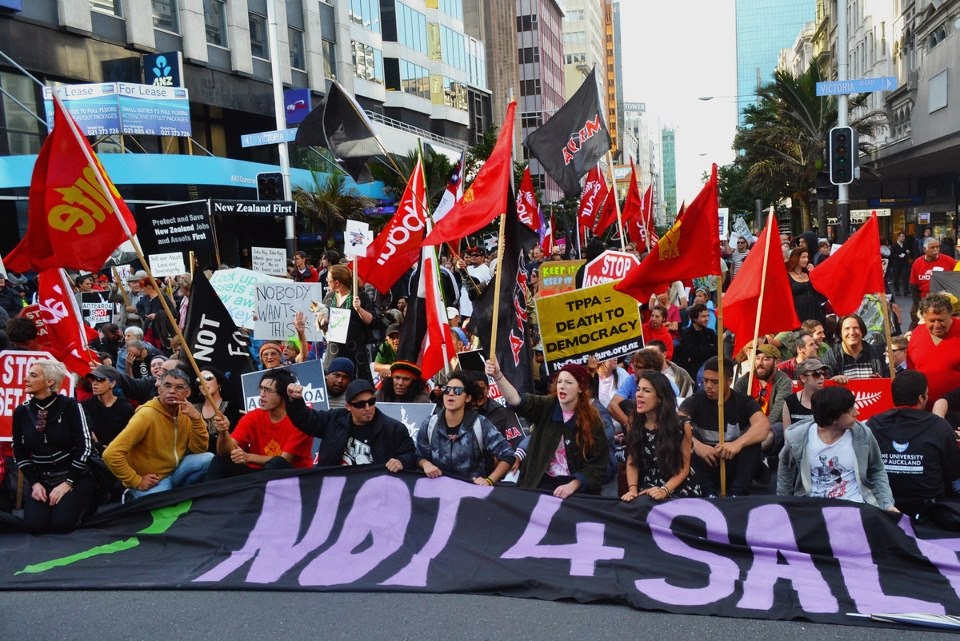 I'm opposed to Mana joining any capitalist government. Now, does that sound likely in the near future? Well, some people in the left are starting to use the phrase "Labour-Greens-Mana Government" a little bit too loosely, before such a concept has been floated, never mind voted on, by the grassroots of the Movement. Mana has only been around for three years, yet we have helped push politics to the Left in Auckland. Whether fighting the evictions in Glen Innes , supporting young McDonald's workers on strike in Manurewa, stopping the motorway from destroying thousands of homes in Mangere or helping organise the Aotearoa is Not for Sale street movement against privatisation and asset sales, Mana's power lies in it being a street fighting force, an independent movement that gathers all those forces who want resistance and radical system change. The experience of the local elections in Auckland shows that where we tie electoral campaigning with people power, l
1 comment
Read more
More posts