Roastbusters - The creation of a sexist society 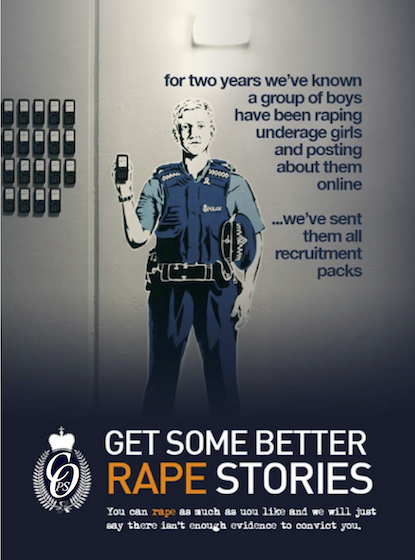 Many people have been rightly horrified by the news that has come out in the past week of young girls being raped and the failure by authorities to act to prevent further harm. Particularly disgusting has been the police response, beginning by blaming survivors for not coming forward, then, under pressure, finally revealing that they had received complaints two years ago, but still had not laid charges.

It is both right and heartening that people are appalled, but we should not be taken in by the fake outrage of those in power. This National government has made huge cuts to services for survivors of rape including making it harder to access counselling from ACC, failing to properly implement the recommendations of the Taskforce for Action on Sexual Violence, and refusing to ensure that rape prevention and rape crisis services receive sufficient funding. The government has also failed to fix the problems with sexuality education in our schools identified in a 2007 report by the Education Review Office.

We should also not be surprised that the police will not protect women by enforcing sexual assault laws. Slow progress has been made the recommendations of the Bazely report, also from 2007, and the police seem to have learned little from the Louise Nicholas case, despite her and other campaigners’ tireless work. The police do not seem to understand the basic law that says in New Zealand it is an offence to have a sexual connection with a person under the age of 16.

People working in the area of sexual violence know that the failure to prosecute perpetrators is not new. It is estimated that only one in every hundred sexual offences result in a successful prosecution. Police claim today to be ‘the good guys’, yet they have failed to safeguard young women from this gang’s activities for the past two years, failed to act on complaints, and failed to create an environment where more young women felt supported enough to come forward in the belief they would protected. What is important about the current debate is that it exposes the contradictions in our society, the reality of the oppression that women face, and the way capitalism distorts all of our relationships, including our sexuality.

The majority of men are not rapists, and most people rightly condemn sexual violence. Yet we are all adversely affected by capitalism. Young women are pushed into becoming sexualised from an early age. We are constantly bombarded with media and advertising that tells us how we should look, how we should dress, and how we should conduct our relationships. Young men are taught to treat sexual relationships as conquests to be bragged about. Sexuality is subverted and sold back to us packaged up as liberation when in fact it actually limits our ability to learn about and express our true desires.

Tamihere and Jackson have sickeningly demonstrated another contradiction in society’s attitudes – where women are blamed for the sexual violence perpetrated against them. This graphic shows succinctly my response – there is no justification for rape. 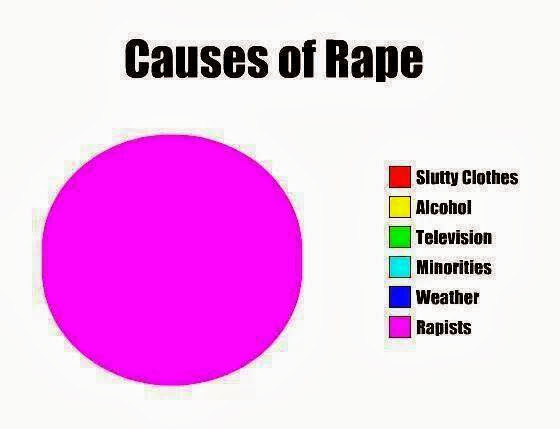 Vigilante action against individuals is not the solution. We need to work with the widest possible number of people to build a campaign that calls for the following demands:

• The police do their job properly and protect women from violence
• The government properly funds sexuality education, rape prevention education, and support services for survivors, and re-establish the sexual violence action taskforce with proper resources to implement the recommendations made in 2009.
• Immediate action in schools across Auckland and the rest of New Zealand: counsellors, rape prevention education, sexuality education, relationship training, and properly funded support for anyone involved to come forward.