Surveillance power and the war on terror 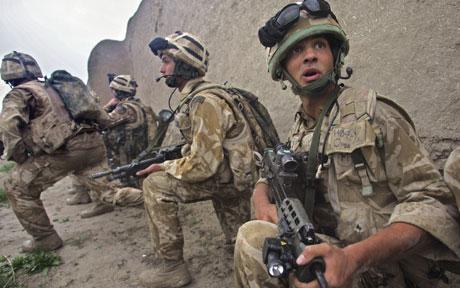 Since 2004 United States imperialism has been stretched beyond breaking point as the besieged empire attempts to maintain its control over Iraqi oil fields and over the Trans-Afghanistan Pipeline route.

Across the Middle East and Central Asia and indeed the world, US imperial forces are fighting a series of endless wars against a spectrum of armed rebels, which in countries such as Yemen and Iraq has fractured into murderous civil wars.

The US continues through its Israeli proxy to threaten Iran with military action in response to Iran's nuclear programme.

Part of this war involves the electronic surveillance and tracking of trans-national terrorist organisations such as al-Qaeda, their supporters and sympathisers. Since at least 2004 the SIS has monitored these individuals and it his highly likely that it is the communications of these individuals that are of interest to the Government Communications Security Bureau (GCSB) and its partners in the Five Eyes spy ring.

The GCSB Bill and TICS Bill are, most probably, all about legalising the collection of digital communications by people like Abdul Qadir Siddiquei, the divisive Pakistani Imam of a South Auckland mosque accused in 2010 of teaching jihad. In 2006 Richard Woods, Director of Security for the SIS noted that, "There are individuals in New Zealand who are sympathetic to Al-Qaeda, have strongly anti-western views and have links to extremists overseas" and called for continued vigilance.

Of course the GCSB Bill is also about legalising the monitoring of hackers and those suspected of criminal activity (e.g. Kim Dotcom), but the main focus will be potential terrorist actors.

Indeed the Wikileaks dump of US diplomatic cables revealed that the NZ intelligence services and their mates in the US embassy are primarily involved in monitoring local Muslims with fighting experience in the Balkans, Chechnya and Afghanistan as well as,


...investigating various individuals who may have connections to terrorist organizations such as the Liberation Tigers of Tamil Eelan (LTTE), Ansar Al-Islam, and Al-Qa'ida. The New Zealand Government's investigation are ongoing with an emphasis on determining the nature of the relationship between certain individuals and terrorist organizations. Most investigations do not involve law enforcement agencies at this time because to date there has been no indication of any criminal behavior. However, NZSIS and the New Zealand Police are cooperating on a joint investigation involving Algerian/Moroccan credit card fraud for links to terrorism.

Additionally the New Zealand Government was and probably still is monitoring diplomatic staff at the Iranian Embassy in Wellington as potential, but unlikely, state sponsors of terrorism. An article by investigative journalist Nicky Hager notes that GCSB staff have been re-orientated towards Arabic languages and Farsi (spoken in Iran) in the last ten years.

It is in this context that the GCSB Bills are being rushed through Parliament. Domestic intelligence agencies want the ability to keep small segments of the New Zealand population under permanent surveillance. These segments are predominantly Muslims, who the SIS monitors via informants in mosques and whom the GCSB probably electronically monitors via Waihopai and Tangimoana.

Many people and organisations including the Law Society and Dame Anne Salmond are opposed to the GCSB Bills and nationwide streets protests are scheduled for 27 July.

I disagree with many liberal commentators that the GCSB Bills represents massive new attacks on civil liberties and suggestions that the intelligence community is interested in using these powers to spy on trade unions or environmental organisations is absurd. While the police, SIS and private investigators routinely infiltrate activist groups; the Urewera evidence suggests that the police do seek search and surveillance warrants in some form before conducting surveillance of New Zealanders.

The GCSB Bills should instead be seen in their rightful context, an extension of the United States endless war on terror (an excuse to occupy Afghanistan and kill its enemies around the world) which has seen Western governments treat their local Muslim and Middle Eastern populations as potential terrorists.

The GCSB Bills in addition to providing the state with a perpetual panopticon are more importantly a sort of electronic Hadrian's Wall, designed to detect the approach of any modern day barbarians that threaten the US empire - mostly anti-imperialist Islamists, dedicated to avenging the destruction inflicted by cruise missiles, drones and special forces in places like Palestine, Iraq and Afghanistan.

The fact that New Zealand has no history of being a target or source of Islamic terrorism and the reality that the mammoth surveillance programmes operated by the NSA seem almost completely ineffective in catching terrorists makes the GCSB Bills almost completely redundant to the safety of New Zealand.

However if the National Government was seriously committed to reducing global terrorism they would stop supporting and start condemning the leading perpetrator - the US empire.