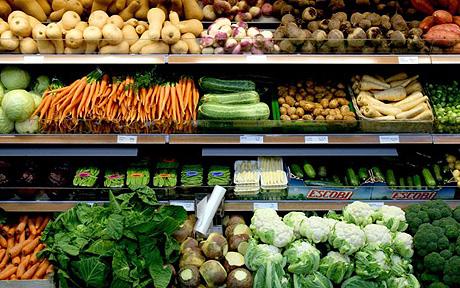 Supermarket corporations continue to make extremely high profits through exorbitant mark ups on the price of food, especially fresh fruit and vegetables. At the same time international charities are stepping in to feed children in schools around the country.

Government funded food in schools programmes are a short term solution to the problems in the grocery and food system. The main problem is that two giant capitalist companies are using their excessive size to rob New Zealand consumers and producers in order to inflate their profits.

A socialist alternative
Hugo Chavez, Venezuela’s leftist President between 1999 and 2013 confronted the same problem New Zealand faces – excessive profits for supermarket bosses and growing levels of hungry children – by nationalising several supermarket chains and bringing in price controls. The average saving for shoppers was around 30%.

Venezuela also operates the Mercal network of ‘subsidized food markets, selling high-quality food at discounts averaging 40 percent off standard prices. These markets are open to people of all income levels, with particular emphasis on communities with limited food access. With 16,532 Mercal outlets throughout the country distributing more than 1.5 million tons of food to over 13 million people, Mercal has become Latin America's largest food distribution network, according to the Venezuelan government.’ Taking control of the food system has helped Venezuela to drastically reduce hunger.

Academics and unions need to stop their endless hand wringing over the plight of hungry children and start arguing for the nationalisation of New Zealand’s supermarket duopoly under the joint control of communities and workers. We cannot continue to live in a country where the luxury of supermarket bosses comes at the cost of hungry children.