Omar - A tale of resistance Omar is a gripping and thrilling tale of resistance that explores the motives and lives behind the Palestinian fight against Israeli occupation of their homeland. Shot in the West Bank, the film follows Omar as he trains to fight in the coming uprising, not for religious glorification but because his people are oppressed and humiliated daily in their own lands.

We're introduced to Omar as he waits for the traffic to clear so he can climb a knotted rope that provides access over the separation wall. A steep climb, he dodges bullets as he is spotted at the top sliding down and making his escape through narrow twisting alleys. This is not the last time Omar will be running for his life through narrow passages, as meetings are interrupted by Israeli agents or ambushes carefully planned are thwarted. 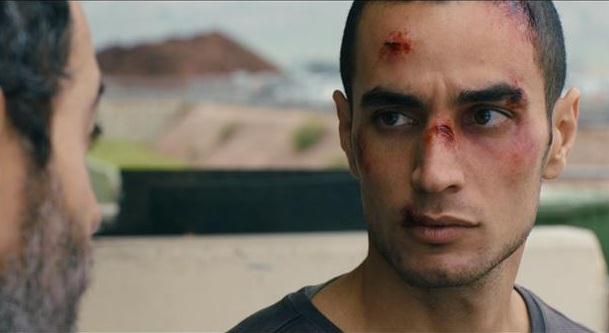 The characters portrayed in this film speak to a youth spent trying to build a life and a future in difficult circumstances. So often we hear about attacks by Palestinians on Israeli settlers or soldiers, and we learn about the Israeli individuals affected. Rarely do you hear a story about Palestinians and their life under occupation. This film looks at the forces that repress and hold down a proud people and explores what drives them to desperate acts.

Omar has a humanity and humility that anyone could relate to. His is a story of love and loss and betrayal. But from a unique perspective, that pulls in the viewer and leaves you feeling that all is not right in the world. Why do bad things happen to good people, and why is it important to fight for what you believe in? Because the fight is right, and if you don't then who will?


This film won't leave you feeling good about yourself or the world. But it is a powerful and moving story that deals with a complex situation and unlike your common Hollywood flick, won't wrap everything up nicely at the end. But the Israeli/Palestinian conflict is not resolved and neither should a film about this conflict aim for resolution.

This film makes you think and that is what films should do.