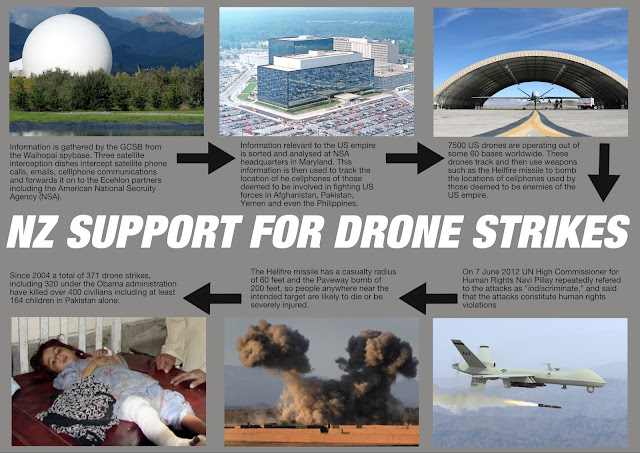 "The GCSB is a subsidiary of the NSA. It is spying for the Americans, to feed information for the war on terror so the illegal drone strikes can kill those people from above. Four hundred innocent civilians have died since that campaign started, including one hundred children in clear breach of international law. And we as New Zealanders are participating in that crime."