Big Oil: Billions in profits as the planet warms 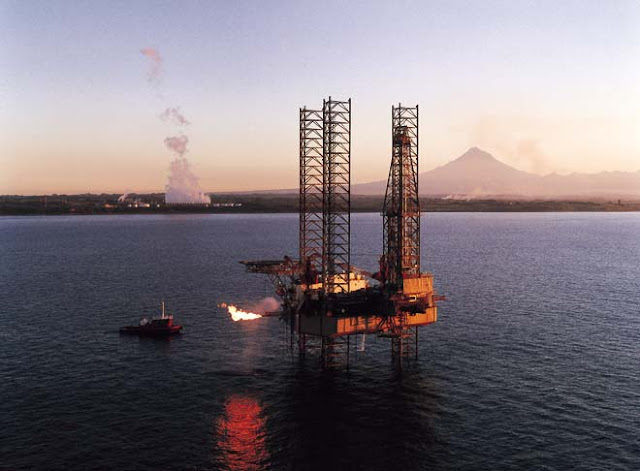 Oil drilling, refining and sales of petrol and diesel is big business around the world. Including in New Zealand where big oil makes big profits.

Some examples of the corporate profit being made out of New Zealand by big oil includes,

Added together the oil corporations are making billions of dollars in profits out of New Zealand every year. Alongside the banks and the supermarket corporations, oil companies are making eye-watering profits from our country. In addition to enjoying sky high profits the NZ Government gives big oil corporations tax credits to the tune of $46 million per year to support continued drilling in the shores around the country. According to the World Wildlife Fund NZ,

This money could, for example, pay for a multi-year programme to install grid-connected solar panels onto the roofs of Housing New Zealand’s 70,000 homes. At an estimated average cost of $10,000 per household,40 a 1.5kW to 3 kW system (depending on the house) could be installed on 4,600 homes per year with $46 million or 3,000 homes per year with $30 million.

A twenty year programme could see most if not all of these houses fitted with solar PV, helping to reduce the cost of power for those who need it most, helping to reduce electricity transmission losses and helping to enhance the resilience of New Zealand’s electricity system. Given the ongoing decline in the price of solar panels and potential economies of scale with a major installation programme, it is possible that the cost could be lower and therefore the number of installations per year greater.

There is also an alternative to the private ownership of the oil corporations. Z Energy is 50% owned by the NZ SuperFund and although the Fund says it will sell down its stake in Z, Government investment funds such as the NZ SuperFund, ACC Fund and EQC Fund could be used to buy up retail petrol companies. This would ensure that the billions of dollars being raised at the pump could then fund better quality public transport.

New Zealand could also have public ownership of oil exploration and drilling companies. Between 1978 and 1988 state-owned Petrocorp was involved in the exploration and development of the Maui gas field as well as owning gas pipelines and treatment plants. Petrocorp was sold off by the Fourth Labour Government under urgency in 1988 as part of a massive $10 billion privatisation programme.

At the moment the wealthy shareholders of oil corporations, such as the US based Rockefeller family with its major stake in Exxon Mobil, live in luxury because of their ownership of oil companies.

Meanwhile because of the ever-increasing use of fossil fuels the planet is on track for a four degree Celsius temperature rise. The results will be catastrophic,


According to the UK government's 2006 Stern review on the economics of climate change, between 7 million and 300 million more people would be affected by coastal flooding each year, there would be a 30-50% reduction in water availability in Southern Africa and the Mediterranean, agricultural yields would decline 15 to 35% in Africa and 20 to 50% of animal and plant species would face extinction.

That's why nationalising the oil corporations is important.

Public ownership of oil companies would allow us to divert their profits into funding new trainlines, electric trains and buses in major cities like Auckland to begin getting commuters out of their cars and onto public transport.  We could also use the profits to start rebuilding and upgrading the national rail network to reduce the need for longhaul trucking on the roads and more airplane flights.

By using the profits of oil corporations expanding public transport alternatives New Zealand could rapidly reduce the greenhouse gases being produced by cars and trucks. This would send a powerful message around the world that greenhouse gas emissions can be reduced and climate change brought within controllable levels.

The oil corporations won't give up their wealth and power without a fight. That's why we need to build a revolutionary movement capable of overthrowing the oil corporations and bringing in public ownership of oil resources in Aotearoa.


Part of the block to dealing with climate change is the vested interests at the heart of the capitalist system.

Of the top ten global corporations in 2008, eight made their profits directly from the fossil fuel industry – either because they are involved in the extraction of oil, or because they manufacture the vehicles that rely on it. Such companies have invested billions of pounds in plant and equipment.

They don’t want to risk their profits and will do everything they can to protect their wealth and the status quo. This is why oil companies give so much money to US presidential candidates, for instance.

What is shown by the current crises of capitalism is the urgent need to organise production differently. Socialists have always called for a system where “production is for need, not profit”. [...]

We need to build a movement that can challenge those priorities, but can also start to debate how we could organise society differently and create a truly sustainable society that can preserve the planet instead of destroying it.