This fight isn't over 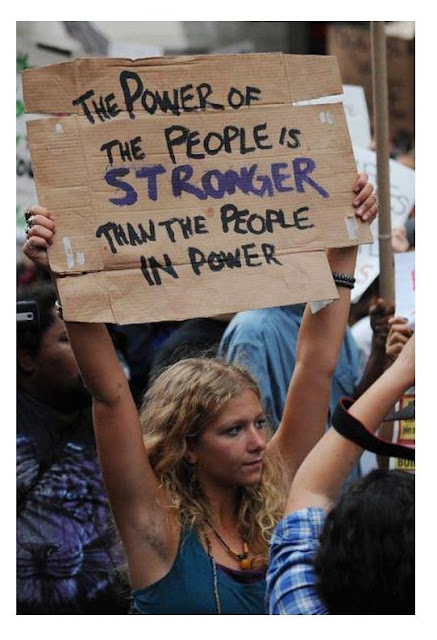 The resistance to asset sales has kept the National Government on the backfoot for a year and a half. Now it's time to turn up the heat. The only way we are going to get rid of the Nats is if we fight this government day-in, day-out until they collapse under the strain of implementing their cuts and privatisations on a rebellious population. This means that it's no good just hating the government. People need to be organised, educated and mobilised.

People also need to know that there is an alternative to National. That's why the Labour/Greens policy on power prices has spooked rich people. Suddenly David Shearer and Russel Norman look like the leaders of a government in waiting. As socialists we support the plans for a single electicity price. But we believe that a future Labour /Green government should go further and renationalise any power companies sold off. We want electricity companies that work for people and not profit. No New Zealand family should ever have their power cut off because they cannot afford to pay for power. No beneficiary or pensioner or student should have to spend sleepless nights over whether to buy groceries or pay their electricity bill. And no one should make a profit everytime we turn the kettle on. The rivers that power our dams cannot be owned so how the hell can you own the electricity.

So Socialist Aotearoa is part of the MANA Movement. Mana supports renationalisation of the assets. Indeed, the threat of renationalisation, with or without compensation, of any power companies would completely wreck the sale. For us the protests on the streets are not just a battle against the Nats but also a fight for renationalisation. If Labour and the Greens want to halt this asset sale they can. All they need to do to derail the sell off is say the magic words: 'We will buy it back." After that, it's game over.

Just because Labour and the Greens are riding high in the polls or because one power company has been floated on the sharemarket doesn't mean this fight is over. The opposite is true. 2013 is the year we stop the asset sales, teachers and communities unite to stop charter schools from being introduced and state house communities stop the evictions in Glen Innes. The year we stop the TPPA. It could also be the year that protesters make fracking our hills and drilling our seas impossible.

History is not over. The rich getting richer, the poor getting poorer and the planet being plundered and polluted into an early grave is not inevitable. Aotearoa is Not for Sale is just a taste of what left parties and trade union movement could do. For socialists we aren't just fighting asset sales, we are fighting for a better world. For a socialist Aotearoa free of exploitation, poverty, unemployment, pollution and oppression. The rule of the corporations is fragile. That's why they need to pass laws like the recent "Andarko Amendment" criminalising protest at sea or why they needed to crush the actor's union.

They fear us more than we fear them. But now that National is off balance in the polls it's time to organise even harder A few thousand people marching in the streets is still no threat to the Nats. But a few thousand people talking politics to their friends and workmates, lobbying union leaders for more militant action, putting up posters, giving out leaflets and taking part in civil disobedience can bring down this government.

Strikes and protests can beat the Nats. Their strategy is to keep the opposition divided. So the next time we march against the government we need to fill Queen Street from end to end. Hundreds of thousands of people hate this government. But they need to know that this fight isn't over. It's just getting started. 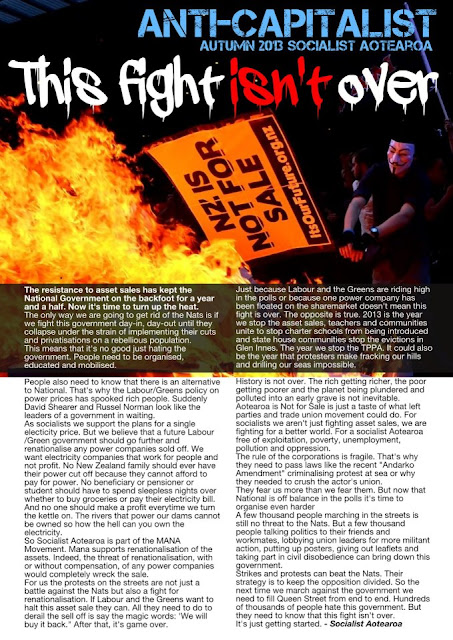 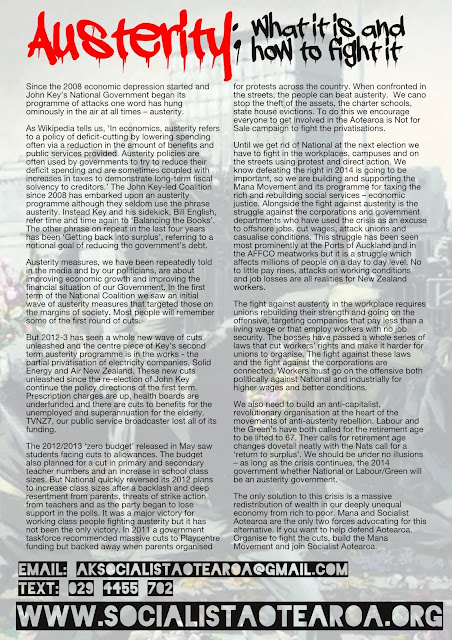