Showing posts from March, 2013
Show all

The Blue Rose - Taking on the system 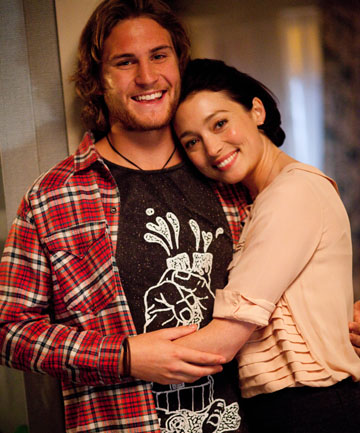 Antonia Prebble stars in The Blue Rose alongside George Mason as her onscreen boyfriend. "What world is that?"  - Jane "A world where business is king. And bureaucrats and unionists can bow down. Or get squashed like the irrelevant bugs they are."   - Simon "And the greenies too?"  - Jane "Especially the greenies."  - Simon The Blue Rose , TV3's new television series starring Outrageous Fortune's Antonia Prebble and Siobhan Marshall, is taking on the system. As the plot follows Prebble, Marshall and a bunch of other office workers turned amateur detectives on the hunt for who killed Rose, a legal receptionist friend of theirs who ended up dead in the water off Auckland's Silo Park the show tackles the topical political issues of the time head on. In just the first seven episodes we've seen bloody workplace accidents at fracking sites, failed finance firms with thousands out of pocket, harrasment in the workplace,
Post a Comment
Read more
More posts