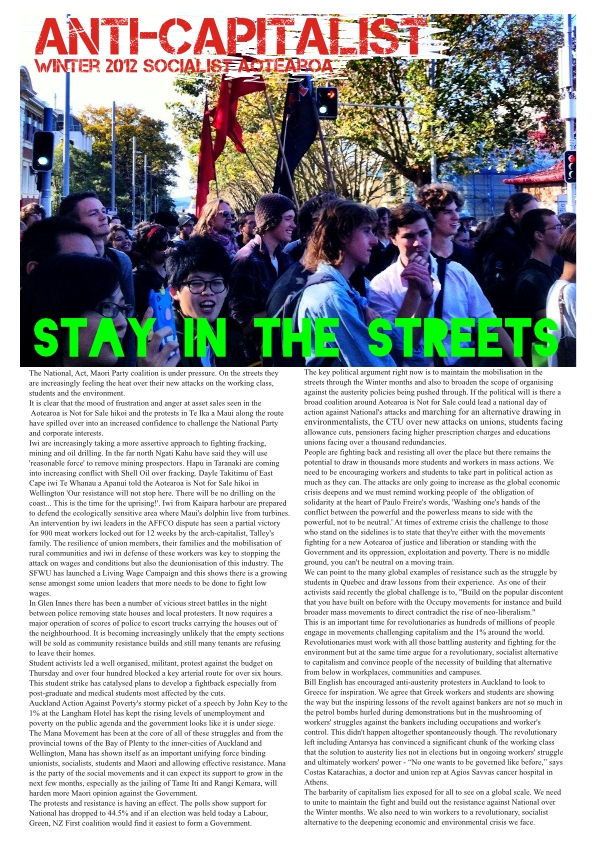 At times of extreme crisis the challenge to those who stand on the sidelines is to state that they're either with the movements fighting for a new Aotearoa of justice and liberation or standing with the Government and its oppression, exploitation and poverty. There is no middle ground, you can't be neutral on a moving train.
Read the article online here: Stay in the streets. 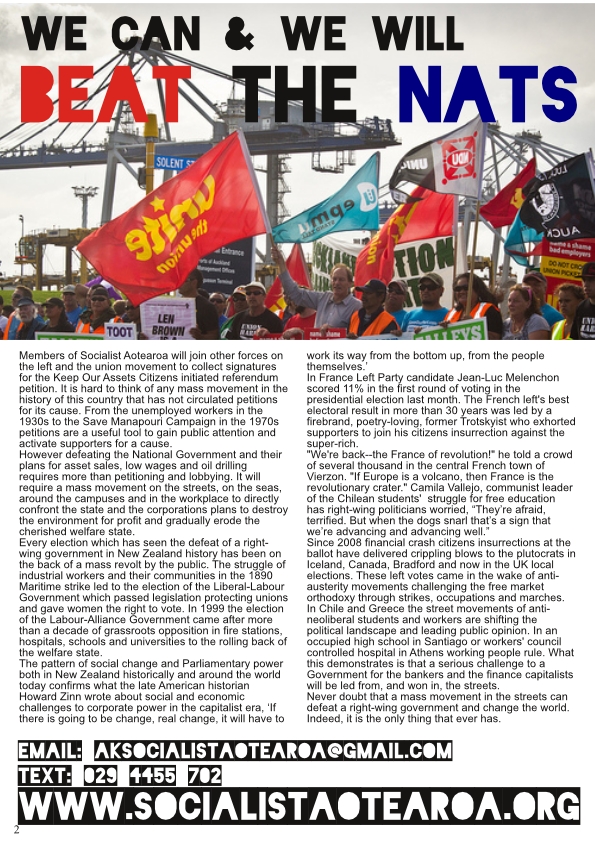 Never doubt that a mass movement in the streets can defeat a right-wing government and change the world. Indeed, it is the only thing that ever has.
Read the full article online here: Citizens' initiated insurrection
Anti-Capitalist Newsletter