We hit the road 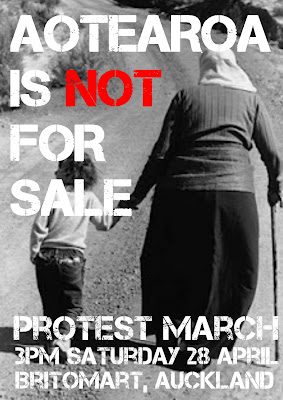 I’ll not forget your joints creaking as you climbed into
the bus at Victoria Park to bless the journey.
When you broke down in the middle of the Lord’s Prayer,
I thought that what you left unsaid hung more tangibly
uncertain above us all than some intangible certainty
that we would all get a comfortable berth in the
hereafter.

Saint Christopher in the rain at night, just before Mangamuka
Gorge. People wearing Saint Christopher badges getting
off the bus and helping to put an overturned vehicle right
side up. No one hurt. I finger the cheap badge you gave me
of the saint. Will it be, alright ?

A couple of days later in bright sunshine, we hit the road
leaving Te Hapua behind. And all the way south – to the
‘head of the fish,’ I picked up some hard truths embedded in
your hilarious speeches on the maraes:

No more lollies !We been sucking the pakeha lolly
for one hundred and fifty years.
Look at what’s happened. Look at what we got left.
Only two million acres. Yes, that’s right. Two million
acres out of sixty six million acres.

Think of that. Good gracious, if we let them take what
is left we will all become taurekareka. Do we want that ?

So you listen, now. This is a Sacred March. We are
marching because we want to hold on to what is left.
You must understand this. And you must think of your
Tupunas. They are marching beside you. Move over, and
make room. We are not going to Wellington for nothing.
And don’t be mistaken: Kare tenei hikoi oku, he hikoi
noa – aha ranei – ki te miri-miri i nga paoro o Te Roringi.