Marx on the waterfront 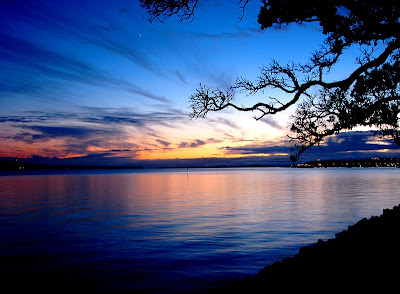 Imagine it is early morning on Auckland’s waterfront. It’s one of those fine early mornings when the sun is rising behind Rangitoto and the sea, sky and city are a kaleidoscope of colours as ferries criss-cross the sparkling waters of Waitemata carrying in the early bird workers to the CBD.

Imagine you are walking to work along Tamaki Drive. As you approach Teal Park you see an old man in an old-fashioned suit with a big grey beard leaning against the sea wall railing. He’s got his hand in his pockets and his head down, lost in thought.

As you walk past him he looks up straight away and his shining eyes catch yours. He starts talking quickly in heavily accented English, ‘Comrade! I’ve been waiting all morning for you!’
Completely surprised you stop and ask, ‘And who the hell are you mate?’

‘Me? Who am I? I am Karl Marx! I’m a philosopher, a historian, an economist and a revolutionary! I was born in Germany in 1818 but I’ve lived in Paris, Brussels and London mostly. Not many countries have wanted a revolutionary socialist in their border in the 1800s!’
It sounds crazy but you play along, ‘And what brings you to Auckland in 2012 then Karl?’

You pull a cigarette and lighter from your pocket, put one in your mouth and offer one. He accepts your smoke and you light the cigarettes as Marx starts up his explanation.

‘Well I heard about the lockout down here. I thought I might be able to help. In the 1800s I put together a number of books on history, politics and economics. Most of the books are long and complicated but they are based on a number of simple observations of how capitalism works and also how it doesn’t work.’

‘Firstly, capitalism is a system of exploitation. It is based on employers getting profit from the labour of workers. The profit is all the money they get from you working but that they don’t have to pay to you in wages or salary. For an employer the amount of profit their company makes is precisely the amount they don’t have to pay their workers. For the worker the profit is all the value they created for the company but were not paid for. Profit can only exist if workers are not paid the full value of their work. Thus an employer under capitalism exploits a worker by paying them only a part of the value of their work.’

‘You can see this right now in your dispute. The Council and Tony Gibson talk about increasing profits. But where can this profit come from? It can only come from you! It can only come from reducing the amount of money you earn. If they want to maximise their profit of course they will try and minimise your wages!’

‘Secondly, capitalism is a system of crisis. But this crisis is not just the result of the greed of Wall Street bankers. Capitalism is an unstable system because it is based on exploitation! The basic element in capitalism is the commodity whether it is a Big Mac or a Mercedes Benz. The capitalists want to sell as many of these commodities as possible in the free market. But the market is not ordered or planned but is chaotic! Capitalists will only make these commodities if they can make a profit from it. But the only way to make a profit is to attack wages, to exploit workers more! And then when you exploit workers more what happens? They have less money so they buy less stuff. When this happens on a grand scale what happens? A crisis like the one that started on Wall Street in 2008. The American workers get paid less and less each year but they were borrowing more and more to buy stuff. When the banks ran out of money what happened? A credit crisis. They stop lending money. People stop buying things. Companies go under. People lose their jobs. Workers have even less money and thus the crisis gets worse. It is what we are seeing now.’

‘Thirdly, the history of the world is the history of class struggle. As long as you have a society based on classes you will have conflict. Emperors and slaves, Kings and peasants, bosses and workers. This class struggle happens everyday. Workers go on strike. Bosses lockout workers. As long as you have two groups with opposite interests there is going to be some form of conflict. Workers must always be ready for it. Ready for the day the boss tries to lower your wages or claw back your conditions. That’s why we need strong unions like MUNZ. Unions not afraid to fight their corner.’
‘Fourthly, the history of capitalism will end. This economic system of shareholders and workers won’t last forever. Class societies never last forever. They can end in one of two ways- in a social revolution or in a collapse. We all know what collapse looks like. It looks like the movie Mad Max. Everything is ruined and we go back to square one. But we don’t want this option. We want social revolution. We want workers to overthrow the bosses and take control of the economic system and re-organise it not around profit and exploitation but on shared ownership and workers’ self-management. All the wealth of the world shared equally by those who do the work. In short, a socialist revolution. It won’t be like Russia after Stalin took over though! We don’t want the state or a political party to be the boss. We need a society without bosses. It sounds utopian I know! But nothing is more realistic than wanting a world without exploitation and crisis! ’

Marx stops talking. You have both finished your cigarettes by now. He looks you in the eye. He has one more thing to say.
‘Look at the port. It is beautiful in the dawn sunlight, I agree. But look closely. The cranes. The ships. The containers. All of it built and run by workers. Without us it all stops. The bosses need us. But we don’t need them. That’s why I’m here. And that’s why I’ll be back. Because as long as capitalism exists my theories about exploitation, crisis and class struggle can help explain the world.’
The clock is ticking and you don’t want to be late for work. You shake Marx’s hand and walk on to work. You look over your shoulder as you walk away. Marx is leaning back against the sea wall. He looks at you and raises his fist in the air.

He shouts to you over the roar of trucks and busses on Tamaki Drive, ‘Good luck comrade! I am sorry I can only help explain this rotten system. It’s up to you to change it!’
-Socialist Aotearoa, for Local 13
Auckland Lockouts Strikes Theory