Have we forgotten Oslo already? 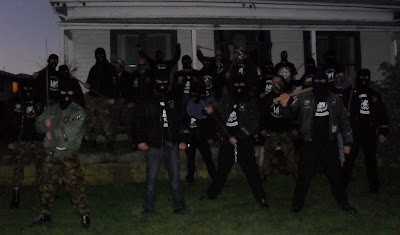 Jared Peck, shaved head and skull tattoo on his neck, was sentenced last year to two years in prison after he and a group of other men attacked at least five Asians on Riccarton Rd.
A Japanese man returned home and told people they should be cautious about travelling to New Zealand.
A Chinese victim was attacked three-on-one and had his jaw broken.Last Easter Sunday, two people used their dogs to attack Asian people while they were walking on Lincoln Rd. Earlier this month they were jailed for eight months.

But what is particularly concerning is the absence of any fightback or reaction from the left and trade union movement in Christchurch. The next time the Nazis march on the streets they must be met with thousands of people united against fascism. The Nazi movement is being built as you read this by the thugs of Kyle Chapman via violence and intimidation, it might be taking small steps now but if the left doesn't get them off the streets now they'll only grow.

Fascism has never taken power in a country simply through elections – fascist parties have always been handed power by ruling classes in crisis. So, Adolf Hitler was appointed chancellor in 1933 as Germany’s rulers faced an extreme economic crisis that they feared could spark a workers’ revolution.
This does not mean that fascist parties do not win support among people outside the ruling class. Fascist movements build their base among the middle class and what Trotsky called “human dust” – those people who, in times of crisis, are not part of a wider social force with a radical and collective tradition – as workers are – that can fight back.
They use racist ideology to glue their supporters together and create a scapegoat for the discontent that exists – with a devastating impact on those targeted.The main aim of fascism is not the annihilation of one racial group within society. It is to smash all forms of democracy and take away the rights of the entire working class – black and white, Jewish and non-Jewish, Muslim and non-Muslim.Fascist movements use a dual strategy of building brute force on the ground and creating a “respectable” political facade.

We need a united front in Christchurch/Otautahi against fascism. We need the CTU, Labour, MANA, the Greens and every Temple, Mosque, Church and Synagogue to mobilise against the Nazi menace. If necessary we need to bus people from across Aotearoa to Christchurch to stop the Nazis marching again. At least 14 New Zealanders went to fight the rise of fascism in Spain between 1936 and 1939. Tens of thousands of Kiwis crossed to the other side of the world to fight Hitler after September 1939. Travelling to Christchurch is nothing.
We need a united front to stop the Nazis because as United Against Fascism put it, "We may disagree on many things but one thing unites us – if (Chapman and his Nazis) ever took power we could all end up in concentration camps."
We need to stop the Nazi menace in the streets. Christchurch is proof that when the Nazis are not confronted when they march and organise hate attacks increase. Anti-racist protests are also important in showing solidarity with those sections of our community who come under attack.
It's time to mobilise against the Nazis. Or have we forgotten Oslo already? 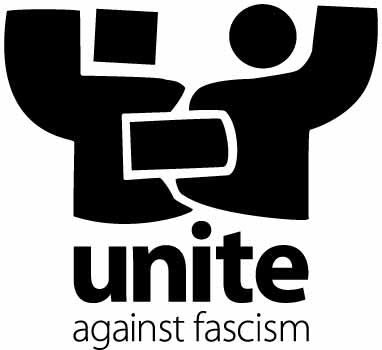