Showing posts from December, 2011
Show all

From Tahrir to Aotea- DEMOCRACY UNDER ATTACK 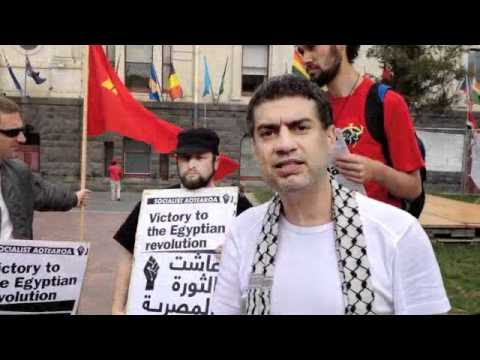 On December 20th, supporters of Occupy Auckland marched from the occupation in Aotea Square to the US Consulate, to protest the American government's material support of the Military Junta that killed ten people and injured over 900 more in vicious attacks on Tahrir Square the day before. The next day, December 21st, the Auckland Council was successful in getting a Court Order to evict Occupy Auckland from Aotea Square, and has given 48 hours notice for the occupiers to leave. Political organisations and social movements such as MANA, the Unite Union, and the Aotearoa Legalise Cannabis Party have also been singled out for draconian attack, in a ruling that sees legitimate political protest criminalised. This was done by Len Brown's Council, a council and a mayor that purports to be left wing, a Mayor that purports to represent workers, the low paid, Maori and Pasifika. Yet we see in his city state tenants facing eviction from their homes in Glen Innes, workers fighting fo
Post a Comment
Read more

Standing with Egypt against the military 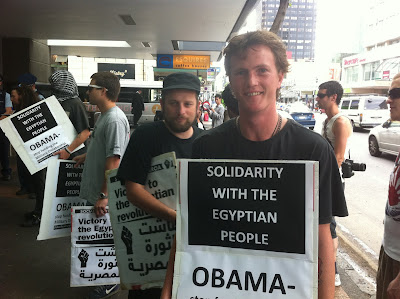 From Aotea to Tahrir- Solidarity with the Egyptian Revolution

From Tahrir to Aotea- Solidarity with the Egyptian Revolution. Down with the military dictatorship- meet at Occupy in Aotea Sq at 5pm Tuesday December 20th, then go down to US Consulate for picket against US arming Egypt's Junta. The “Cabinet Offices” Massacre: a new crime by the sons of Mubarak in power Statement by the Revolutionary Socialists of Egypt 17 December 2011 9 martyrs … 500 injured … this is the result of confrontations between the Egyptian Occupying Forces and the revolutionaries in a fresh attempt to bring the revolution to its knees and to bring back the Mubarak regime. And why not? After all, the leaders of the Supreme Council of the Armed Forces are the sons of Mubarak, and they are loyal to their economic self-interests. The generals of SCAF control around 20 percent of the economy and are completely opposed to the interests of millions of working people who barely scrape a living. Most of them can’t find jobs which offer the chance of a decent l
Post a Comment
Read more

Len Brown - Which side are you on? 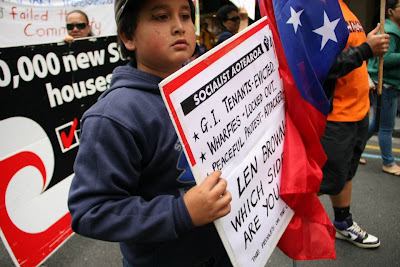 Hip hop is on the move 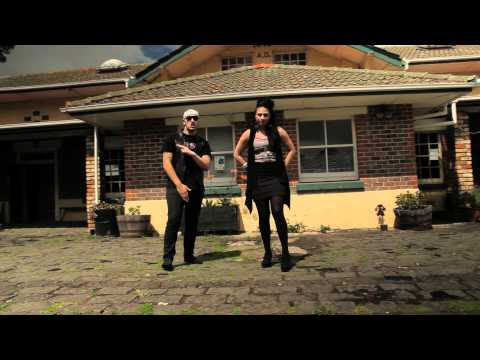 One of the most inspiring things about the generally dull election this year has been the radicalisation of hiphop culture. The release of Home Brew and Tourettes's track Listen to us , the mobilisation of Maori voters by South Auckland hiphop artist Young Sid and the release of Genocide's anthem Stand Up for Mana show that the mood is shifting amongst youth. John Key's Government isn't just passively disliked but now actively hated and campaigned against by the organic intellectuals of the young, poor and the restless. The aggressive and racist tactics of the New Zealand police towards first Tiki Taane in Tauranga and just recently Scribe in Wellington for freestyling an anti-police rap is illustrative of the arbitrary and discriminatory nature of New Zealand's justice system where young Maori and Polynesian men are targeted and profiled by an aggressive police force disconnected with the communities they operate in. Maybe the clearest sign that hiphop is on t
Post a Comment
Read more 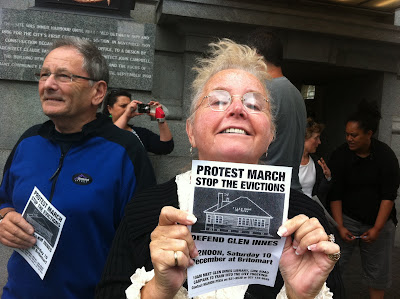 Hundreds marched on Queen Street on Saturday to protest the government's plans to evict families from state houses in Glen Innes. A massive Mana presence, a big Socialist Aotearoa contingent and support from Greens and Labour all bolstered the demonstration. G.I. residents reiterated their commitment to resist the evictions and stand together against the destuction of their community.
Post a Comment
Read more

Throwing kids to the market 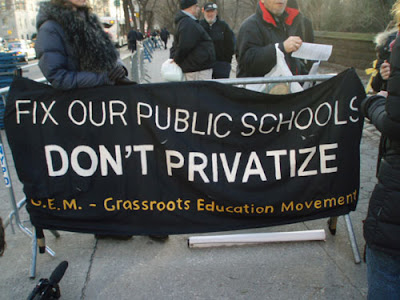 The announcement of National's coalition deal with Act MP to create charter schools in Christchurch and south Auckland has been condemned by education unions, principals and left political parties. Predictably it is being welcomed with open arms by the Business Roundtable and other nefarious neo-liberals. Disturbing has been the creep into Christchurch reminiscent of the drive for charter school creation in New Orleans after Hurricane Katrina. In New Orleans 70 percent of students go to charter schools, where the schools have been " expelling students with learning disabilities at twice the rate of charter schools elsewhere in the country. In the UK where charter schools are known as academies teachers' unions are discussing strike waves to stop the sell off of public schools. As one teacher said, "There is a plan, cooked up in corporate boardrooms, to make profit out of state education." Socialist Aotearoa stands behind pupils, teachers and parents who will f
Post a Comment
Read more 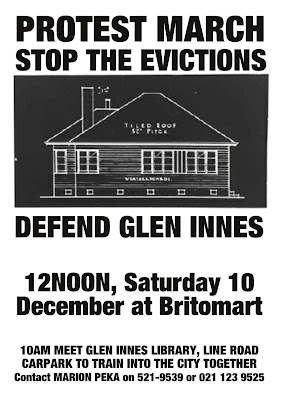 "We will help the Poor to fight the Rich" 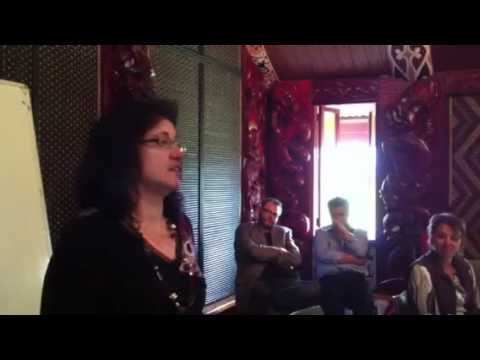 At the Mana Movement's Post Electoral Hui in Otara on Sunday October 4th, newly elected President Annette Sykes declares war on poverty in Aotearoa, promising that Mana "will move this country decidedly to the Left" and that "We will help the Poor to fight the Rich".
1 comment
Read more 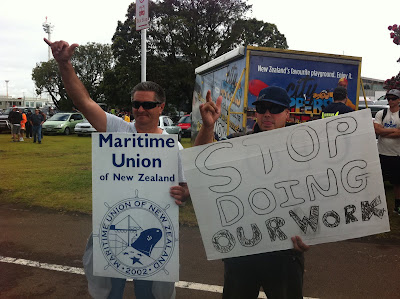 To Hell with this- Voices of Struggle from the Unite Conference 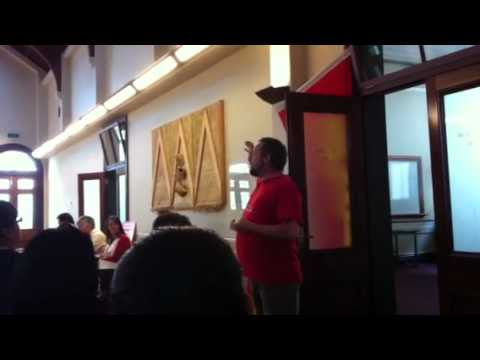 Unite Union held its 2nd National Conference in early December, with over 180 organisers coming from sites as diverse as Language schools, Cinemas, Security, Hotels, Skycity Casino, Call Centres and of course, the quick service restaurants of KFC, McDonalds and Burger King. Members of Socialist Aotearoa have been active with Unite union from the start as members, delegates and organisers, and it was powerful to see such a large turn out of workers ready not just to defend, but to fight for better wages and conditions. At a cross union panel on Where Now for the Workers Movement after the Election, the argument for workers to step up and go on the offensive won huge applause from delegates. and there wasn't a dry eye in the house after the testimony of locked out boner Meat Leon Perns testified about the plight of the CMP Meat workers in Marton.
Post a Comment
Read more
More posts