Meat companies as greedy as banks 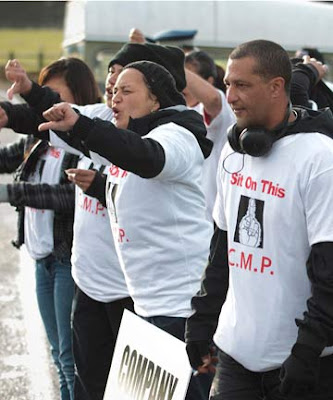 The meat processing companies of this country are as greedy as the zombie banks that ignited the 2008 crash, that's what the Meat Workers Union are saying, as they fight massive pay cuts at a rural meat plant.
The Meat Workers Union are fighting for the survival of their collective agreement down in the CMP Rangitikei meat works near Palmerston North.
A lock out has forced many of the union members back to work as the company seeks pay cuts of up to 25% but a hearty core of trade unionists are standing up to the lock out and are picketing the company's plant daily. 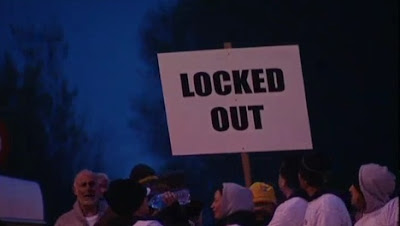 The majority overseas owned company wants workers to work 5 more hours than the current 35 hour week and get paid less than the current rates. The lock out shows that the post-crisis corporate drive to lower wages and break unions around the country which has resulted in industrial action at dairy factories, universities, call centres and casinos is far from over.
This is how the 1% controls and exploits the 99%, by starving unionised workers out of their collective agreements, through lock outs. Strong unions, militant mass action and solidarity between workers is critical to beating the bosses and holding the line.
As the occupation movement holds city centers around the country it is important to send messages of solidarity to the Meat Workers Union members who are fighting for their right to a living wage.
Kia kaha, kia toa, kia manawanui! 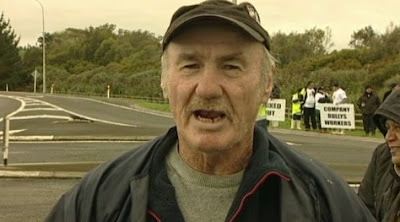