Neoliberalism in the crossroads - Lessons of Chile 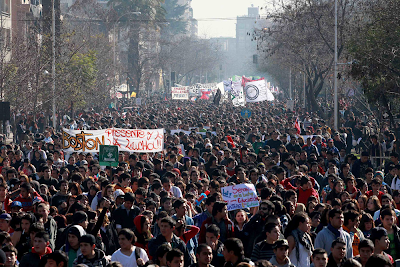 The Student revolution is uniting all sectors of society

This 4th of September there will be a second burial for the world known socialist leader martirized on the officially forgotten September 11th 1973, Doctor Salvador Allende, President of Chile, leader of the Popular unity Government (1970-1973) who was deposed in a bloody coup orchestrated by the CIA and led by an army General, Augusto Pinochet who ruled Chile as a terrorist state until 1989. 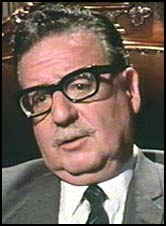 In 1989 the dictatorship was forced to retreat in a negotiated transition led by a coalition of centre right which governed Chile from 1990 until 2009 when for first time since Pinochet, a self declared follower of Milton Friedman, the candidate of the Right, Mr Sebastian Piñera, a multimillionaire, was elected to be President of Chile

Looking at his campaign and his rhetoric one cannot helped to compare him to John Key, another multimillionaire, whose smile and well constructed and well groomed persona is more aimed at these who are less interested in the substance than the image.

Background
38 years since that horrible morning of September 1973, when the US through a group of generals betrayed the nation breaking all the oaths they had made, to rescue the “conservative Chile from the brink of the communist abysm”. Soon after the firing squad completed their jobs and thousands, actually hundreds of thousands went into concentration camps, exile, torture chambers or were thrown into the sea, the generals imposed a well prepared neoliberal economic regime that destroyed all the remains of constitutional democracy. Forbidden unions, imprisoned leadership and frightened population were the perfect ingredients for the Chicago Boys experiment.

As Naomi Klein indicates in one of her books, the monetarists policies were employed after natural or man made disasters. Chile was the laboratory where the new market strategies where put in place. These policies resulted in rising unemployment, reduction of living standards, new labour laws that only benefited employers, maximizing profits and increasing production to levels never seen before. This is the time when the dictatorship sold the education system which was free and public up to then, to the banks and offered Chilean youth; bank credits in order to secure places in the education outcomes of the future indebting their families for decades to come.

The student’s debt begun and soon after,the worshippers of capital, the Thatcher’s, the Bush, the Keys of this world celebrated the “Chilean economic miracle”.

I still remember the well orchestrated campaign which was launched by the NZ Chamber of Commerce, the NZ Herald, the National and Labour Party, Fletchers Challenge and Carter Holt Harvey applauded the economic achievements of Pinochet, although some with a more or less concern of his Human Rights records.

Then it was the foreign investments and NZ was there first in the forestry, fisheries dairy and mining industries, taking as much advantage of the local conditions” to assist the living standards of the workers’ they said at the time.

The Crossroad
Then in 1989, it was the plebiscite organised by Pinochet to set himself for life, which failed after the US government invested in a rapid change of administration fearing a popular revolt that could turned things nasty for their interests there.

The Coalition for Democracy took the Presidency from Pinochet in 1990, and Pinochet designated himself alongside many of the Generals that assisted him in the theft of power, life long Senate members, in order to remain free from possible persecution. The Coalition for Democracy through its four administrations; Alwyn, Frei, Lagos and Bachelet continued to administer a antidemocratic system, created solely for the purpose of maintaining the privileges of the elite and to increase the wealth of that minority.

Copper prices are high, Chile’s main export, and have been high for a while, have produced a continuing growth in the economy, but one that is not shared by the population. Only a mere 3% of the GDP produced nationally is invested education in contrast to a 10% that goes to the Chilean Armed Forces, a legacy of Pinochet’s rule.

But while the rich kept in rubbing their hands, the neoliberal kept maintaining the myth that ‘one day” the richness will begin to flow down into the rest of the country. But this myth is the eternal lie of the right.

The youth of Chile today, was born during the Pinochet regime, went to primary and secondary education under the Coalition for Democracy’s time and finally emerged at University in the Pinera’s government had said; enough is enough.

No more lies, no more waiting, and had placed the current administration in a serious crossroad. The students took over themselves the duty of freeing the country of this system that was inherited after almost 38 years of brutal neoliberal market policies.

A task that many that the so called Left declared impossible to achieved, the students have achieved it; uniting the country from left to right, across the classes, across the spectrum, from students to workers, behind demands such as free and public education and a plebiscite to change the Constitution of 1980.

The right has little choice. The current government is less popular that Pinochet itself, receiving less that 25% of the latest poll, and there is a growing support across the country for the students demands to be fulfilled.

The crossroad is one could never have imagined a right wing smiling president could ever confront; either to accept the demands and surrender to the people’s demands or be defeated by a popular uprising that started in March of this year.

Some media in the west wants to portraits the events in Chile as the “Chilean winter “to compare them to the rebellions in the Middle East, but the revolution in Chile was up to last week bloodless and only a revolution of the ideas.

Since last week when Police opened fire at demonstrators- as they always do- killing two young boys, the initial attempts followed by the Piñera’s government to cover up the murders, failed. They forgot that the judicial power is now independent. 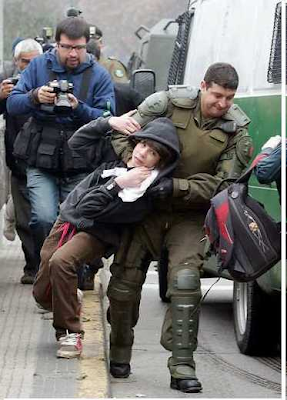 The right cannot wave the spectrum of a communist takeover once again, this time, technology, the social networks and the natural impetus of an intelligent new generation that learnt from the fear of the past and that represents the the inner aspirations of more than one generation is impossible to stop.

Camila Vallejos, the best know spokesperson for the Student Movement, and who has been compared to Subcomandant Marcos of the Zapatistas, had declared that ‘this horizontal movement will not end in 2011', perhaps outlining the right and the left biggest challenge yet. This movement hasn’t been taken over by no established party and its leadership is well aware of their attempts to do so. 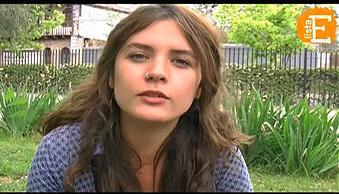 The failure of the Coalition for Democracy after 20 years in government to really reform the economic system discredited them. As the great Chilean poet Nicanor Parra stated it in one of his antipoems;

The Right and the left United Will never be defeated

May be true that the youth of today doesn’t know the fear of their parents or grandparent or never lived in the reign of terror of the Pinochet death quads, but certainly they have learn the lesson that creative protest and self understanding is resulting in the progress of the movement so far.

Lessons for NZ? They are quite clear I believe, lets hope the right wingers and the capitalist don’t kid themselves thinking that the population is thoughtless, indifferent or ignorant , their silence is a sign that they are only waiting to explode.