Showing posts from July, 2011
Show all

Tariq Ali guardian.co.uk , Sunday 31 July 2011 17.35 BST Article history I address this poem to the Muslim brothers who demonstrated in Cairo's Tahrir Square after Friday prayers on 29 July Patience exhausted You emerged from the shadows To tell us what was forbidden and why. You spoke loudly and clearly, Each chant a whiplash: God is Great! The laws of God transcend democracy! Liberals and secularists are the scum of the earth! Copts too! And uncovered women! And leftists, trapped on the wrong side of history, Their rage impotent, their numbers miniscule! We Brothers represent the will of God! Who told you? Why did you believe him? Was it the wi
Post a Comment
Read more

Tony Bliar- run and hide- we charge you with Genocide.

Tony Bliar, the disgraced former Prime Minister of Britain and the Butcher of Baghdad with the blood of at least 100,000 Iraqis on his hands, was forced to slither in the back door to Eden park's Conference Centre in Auckland today, to avoid a posse intent on putting him under citizen's arrest. Bliar, now known locally as the Backdoor Man , shared dinner with some of the low life scum who make up New Zealand's Corporate and Political Ruling Class, where tickets were slashed in price from $1500 to $500 to desperately fill some seats. Outside, anti war protesters were in high spirits, disrupting the Conference Centre with loud sound systems, sirens and chants. The group of 50 then attempted to access the Centre before being blocked by a phalanx of Auckland's Boys in Blue, who have not been briefed on the Geneva Convention or their responsibilities to prosecute international war criminals. But then again, their function is not to bring justice, their function is to de
Post a Comment
Read more

NEVER AGAIN- After Norway, how do we fight Fascism and Islamophobia? 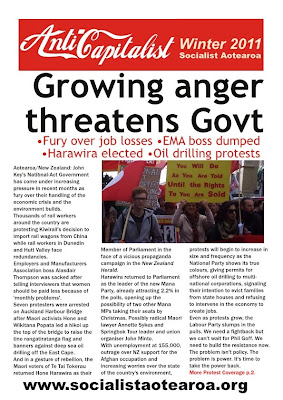 Read the whole Anti-capitalist (12 pages) online . Or read a few of the articles separately: From Hibernia to Aotearoa - thoughts on the Maori and Irish struggles Zombie capitalism Revolution is possible
Post a Comment
Read more

cheesy tory Commentary- Shanna Olsen-Reeder, Socialist Aotearoa (Wellington) Hone Harawira was ordered out of the chamber today less than a minute after entering to be sworn in as the elected member of the house for Te Tai Tokerau. Speaker Lockwood Smith ordered the Leader of the Mana party to leave after he began his oath not by bearing allegiance to the Queen but instead to the founding document of New Zealand- Te Tiriti o Waitangi. Lockwood took offense to this and Harawira left the house only one minute after entering. Supporters sang from the gallery as he left the house, disregarding Smiths pathetic attempts to call for order. Smith said later that he regretted interrupting the waiata (or in his words why-aata) as it was a “fundamental part of the culture of this country.” Now hang on a minute- isn’t this the same Lockwood Smith that in 2008 as Senior National MP said that Pacific Islanders needed to be taught how to use a toilet? How can the same man who claimed that Pacif
Post a Comment
Read more

The Resistance INSIDE Parliament and on the streets! 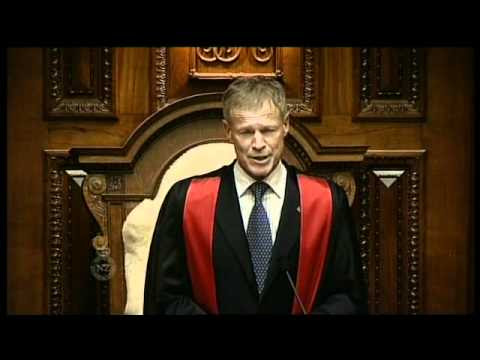 When Mana promised to be the Resistance both on the streets and in Parliament- we meant it! Good on you Hone. The Treaty is the Founding Document of this country. I'd pledge my alleigance to Aotearoa, not to any old British Queen ;) and can't wait to see you joined by Annette Sykes, John Minto and other radical voices for Mana in November! and always remember Whanau- the more the MPs of Sinn Fein boycotted the Westminster parliament, the more votes they got ;) video of Hone in the house HERE What Harawria said: "I, Hone Pani Tamati Waka Nene Harawira, swear that I will be faithful and bear true allegiance to Te Tiriti o Waitangi, that I will be honest and forthright in my efforts to advance the rights of the people of Tai Tokerau, that I will do my utmost to help all Maori people become full empowered citizens of this land and that I will do whatever I can to reduce inequalities in this country, so that all may one day be proud to call Aotearoa ho
Post a Comment
Read more

Egypt- the Mask has slipped 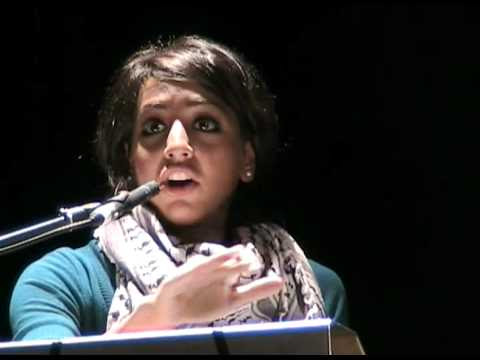 The mask has slipped: instead of military salutes we now hear the generals’ threats 12 July 2011 http://www.e-socialists.net/node/7123 (translation via Alex Callinicos) Only a short while ago, the spokesman of the Military Council, Major General Fangari, saluted the martyrs of the revolution and melted Egyptians’ hearts with the memories of the days they spent chanting that the army and the people were “one hand.” Today he delivered another kind of message to the revolutionaries: threats to “take all necessary measures to confront the threats which encircle the homeland unless this questioning of the ongoing process ceases … as do the rumours and misconceptions which lead to discord and rebellion and the promotion of the interests of a narrow minority over those of the country as a whole.” He calls for honest citizens to work for the return of normal life for the children of “our great people”, and, brandishing his finger in the face of the people like Mubarak, insists
1 comment
Read more

Song of the Syrian Revolution

- July 07, 2011
Drowning the Syrian revolt in blood Lee Sustar THREATENED BY defections in the armed forces and the resilience of the revolutionary movement, the Syrian state is moving to crush the popular movement with mass slaughter, raising the specter of a civil war. Following the script of Libya's ruler Muammar el-Qaddafi and Bahrain's King Hamad bin Isa al-Khalifa, Syrian President Bashar al-Assad is using savage force, including tanks, helicopters and heavy weapons, to hammer the northern town of Jisr al-Shughour and drive much of its population across the border with Turkey, where an estimated 3,000 Syrians have taken refuge in camps as of June 12, and another 6,000 were waiting for access. According to survivors and documented by video footage smuggled out of the country, Syrian armed forces shot dozens of unarmed people in Jisr al-Shughour as tanks laid siege to the town of 70,000 and shelled homes. Livestock were slaughtered, and crops were burned. There was lightly armed resi
Post a Comment
Read more

Contours of the Arab Counter-Revolution

Commentary: Omar Hassan, Socialist Alternative (Australia) In the early days of the Arab revolutions it seemed like the dictators and their Western allies were paralysed, helpless in the face of the popular movements. Ben Ali fell after only one month of protests, and Mubarak gave up in a similar timeframe. It was a fire sale, a dictator a month, and the only question was which one was to fall next. Six months later, it’s clear now that this phase of the struggle is well and truly over. The counter-revolution has mobilised and consolidated its forces. The Arab revolutions are under siege from all sides. The capitalist classes, both local and international, have an enormous range of tools at their disposal in the struggle against the Arab masses. Though there can be contradictions and disagreements between the various parties – even within the different wings of the American state – they all agree that the revolutions need to end as quickly as possible. This
1 comment
Read more

Another Boss Bites the Dust...

Giving Alasdair Thompson and the EMA the tampon finger Employers and Manufacturers Association Boss Alasdair Thompson has been sacked today, after justifying lower pay for women because they had monthly periods. Socialist Aotearoa joined equal pay activists last week in pelting the bosses HQ with tampons, and supporting Unite Union's national day of action for "Equal Pay for Equal Work", opposing the reintroduction of youth rates . Thompson had blamed the public outrage against him on the socialists , so this head joins Paul Henry up on the Trophy Wall at SAHQ ;) The pressure on the EMA and the businesses it organises should be maintained, until they drop all plans to introduce youth rates, and pay equity for women is a workplace fact. Women in New Zealand still earn 12% less than men in many industries, and face huge discrimination and bullying on a daily basis. Childcare, maternity leave and pay are all still woefully inadequate. The sacking of this di
Post a Comment
Read more

The Northern Heartland Mana holds the West An awesome resource from Comrade U. showing us where Mana did best, and the ground we need to take back in TTT- Mana- the Map- HERE
Post a Comment
Read more

- July 03, 2011
Victoria police viciously attacked a peaceful pro-Palestine demonstration in Melbourne on Friday night. In one of the most violent displays in years, around 20 people were arrested and later charged with various offences ranging from trespass and riotous behaviour to resisting arrest. Scores more suffered bruising and one protester had his shoulder dislocated after up to 100 police officers surrounded the demonstration and repeatedly charged at and picked-off participants. The event, called by Coalition Against Israeli Apartheid, was protesting against Israeli-owned Max Brenner chocolateria in the QV shopping centre. Max Brenner is owned by the Israeli conglomerate the Strauss Group, a company that has a long and sordid history of giving explicit support to the Israeli military – including during their 2008/09 massacre in Gaza. The non-violent demonstration was 150-200 strong. Salem Nasser, one of the organisers, described the scene: We were peacefully gathered
Post a Comment
Read more

A slap in the face for the dictatorship of Thailand