“So many problems, so little time” has become the catch-phrase of environmental scientists in many academic circles. What’s more frustrating is the fact that the intellectual and monetary resources are available to solve the world’s major sustainability issues, but governments and institutions are prioritizing propping up failing banks and funding military campaigns.

Environmentalist David Bellamy sums it up nicely when saying; “Environmental scientists know how to solve all the major environmental problems of the world, but too many people are still making too much money from doing things the wrong way”.

What the capitalists, along with the submissive public and deleterious regimes which support this system of environmental abuse fail to understand is that the economy, held aloft in importance, is completely dependant on ecology and healthy ecosystems for survival.

Think about all the life-support systems that we rely on, without really having them on our conscious minds. The plants producing our air, the filtering of our water, the food chains that we over-exploit; all of this is under-valued and forgotten, but if any of it were to fail, the consequences would be dire for life on this planet.

Climate changes have occurred often over the 4 + billion year geological time span, but there is no doubt that the current warming and sea level rise has been caused by human greenhouse gas emissions. However, as oil is the blood of capitalism, we must realise that depletion of this resource and subsequent crisis may occur before any negative effects of global warming are felt.

Oil itself is actually a chemical rich resource of hydrocarbon molecules that can be molecularly ‘designed’ in such a way to fit many industrial applications. Synthetic fibres, fertilisers, medicines and plastics, plus many, many more, are all derived from crude oil and it is obvious that the above are all mainstays of modern human existence.

Unless we begin to find alternatives now, human society will face annihilation in the near future. While the old elites live it up on our blood sweat and tears, they know that squeezing out a few more years of debauchery won’t matter as they won’t be around when crisis hits. All the while, we experience price hikes, GST and don’t forget the burden on future generations due to this ecological mismanagement.

Why is it that we find it so hard to force change and take these problems seriously? Personally, I feel that there is a failure to transmit ecological and environmental knowledge to the masses. Instead, the knowledge = power paradigm holds sway, whereby a privileged, educated few hold the keys to our collective problems.

As socialists and leftists I feel there has been a tendency to steer away from science in general, placing more of a focus on learning and understanding the liberal arts. Even though these areas are vitally important, basic scientific understanding, especially of the environment, will be essential in any post-capitalist world.

Ultimately, most of the problems we face, environmental or social, come from science being taken hostage by capitalist interests. Our great minds and thinkers are swayed by the higher pays offered by corporations whose only interest is in using science to further environmental degradation.

We as socialists must also become more environmentally aware as individuals. One of the reasons that change has been so slow in coming is the fact that city life has limited our perspective. We are made to feel ‘safe’ from the elements in its confines and therefore disconnected from our true habitat. 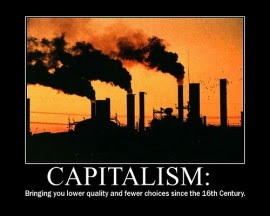 Environmental activism and socialism go hand-in-hand, as the problems faced by society are issues of sustainability and resource limitations. How do we use the limited resources of this planet to ensure equality for generations ahead? Although it is a difficult question to answer, the current generation, with its access to information and ideas, has the power to make change happen.