Bahraini student: “The more they kill, the more the protests grow” 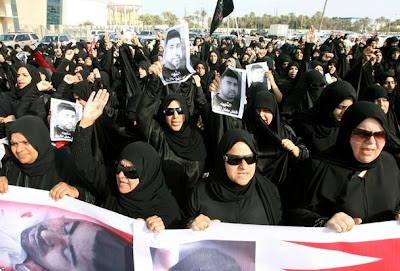 Bahraini student: “The more they kill, the more the protests grow”

The following interview was recorded at Auckland University on 25 March 2011.

Could you explain a little bit about yourself and how your background?

I am from Bahrain, and came to study in New Zealand after I received a scholarship to study from our Government.

The youth will go out each night, burn tyres and demand freedom of the prisoners and also for democratic reforms.

The police would come and fire tear gas and many of the men in my village would be arrested and jailed for protesting. Often the protests turned violent when protesters fought back.

Some of the protesters are only 17 years old when they are imprisoned, often for four year sentences. Currently 40 men from a village of only 600 households are imprisoned.

Who are the main forces in the opposition at the moment?

During the 1980s the Islamists were leading the revolutionary uprisings. The Islamists are mostly led by clerics inspired by the Iranian revolution. In the 1990s, the opposition to the Monarchy was joined by liberals and socialists. In the 1960s there was a communist uprising.

How did the current uprising begin?

The current uprising was inspired like the other Arab revolutions by events in Tunisia and Egypt. The youth created a facebook page called the 14th February Revolution. They said we are going to have a march to the CBD in Manama and we would all march from there. On the 14th of February the police closed the roads surrounding the CBD to prevent protests. So the protest leaders called for demonstrations in every town and village and this is what happened. Although protests were small, they were attacked by police who shot demonstrators and one person died. The funeral of that man Ali Mushaima was then attacked by the police and another person died at the funeral.

We all united after this and we said we are all going to protest and demand reform.

What began to unfold at the Pearl Roundabout after February 14th?

It was more like a celebration than a protest. It was like a carnival, we even had popcorn vendors. People were chanting, women and children were there and tents were erected.

The night before the Pearl Roundabout was attacked we began to see and hear Government broadcasts that said that soldiers were coming. We thought that this was just to scare the protesters but at 3am on the 17th of Feb the Government attacked.

My uncle was there and he called our family to tell us about the attack. He said, “They are attacking!” They used rubber bullets, sound bombs, tear gas. The wounded were taken to Salmaniya hospital complex but they were prevented by the soldiers from getting in.

We had the funerals for the five martyrs who died on the 17th. I went to the funeral of a man from my village in his sixties who was killed while he was in handcuffs at the hospital by a Bahraini soldier who shot him.

The man was shouting at the soldiers because his son was injured and was being detained inside the hospital. The soldier who shot the man first told another soldier to shoot the man and when he didn’t he said, “I’ll show you how to kill a man” and shot him.

Maybe 3000 people turned out at the man’s funeral to march to the graveyard. The opposition leaders gave speeches and were still demanding democratic reforms but the people were demanding a complete overthrow of the regime. 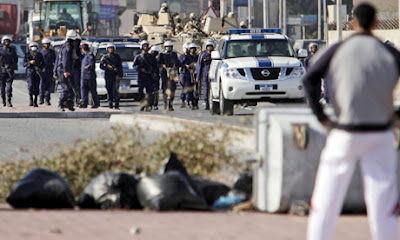 How have the protests changed you?

I’ve never had the attitude to speak against the Government but now we are not afraid of death, of weapons, of the regime. I feel proud and I really want to see the day when the al-Khalifah family leave the country, they are not part of us, they are from Saudi Arabia. They occupied Bahrain 200 years ago with the support of the British government.

What role are unions and socialists playing in the uprising?
Unions are playing a role through strikes. Teachers’ and doctors’ union representatives were in Pearl Roundabout giving speeches and telling people to not go to work and guiding people through the revolution.

What will happen today and in the future?

There is going to be a massacre. The Saudi troops don’t see us as humans. They have the same mentality as al-Qaeda. There will be a massacre and the protests will continue. The deaths are the fuel of the revolution. The more they kill, the more protests will get stronger.

What can we do in New Zealand to support the revolutionaries?

Condemn American support for the Bahraini King. We have never heard anything from America to condemn the King. They armed him and he is a big friend of them. 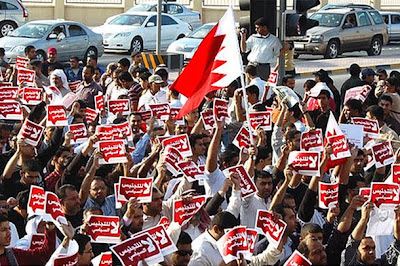 What will happen after the revolution?

We will have a republic. We won’t support the American agenda in the Middle East. The social and economic problems will be solved because Bahrain is a rich country. The royal family has enslaved everything above and below the ground and this will end. Then the Government can solve the economic problem s of the distribution of wealth and also provide support for the forces fighting against Israel, Hamas and Hizbollah to deal with the major problem in the Middle East – Israel. Maybe this is why the Americans don’t want the royal family to fall. (Laughs)

What is the situation for people like you, the Bahraini international students?

Scholarships are getting cut off in Britain and Saudi Arabia for students and some students returning to Bahrain are being arrested. I could get arrested or have my scholarship cut off for protesting or speaking out against the Government. This could happen to the 30 Bahraini students studying here in Auckland.

Just recently 3 students returning to Bahrain from Saudi Arabia were arrested an no one know where they are or what will happen to them. Their only crime was to ‘insult the king.’