Showing posts from February, 2011
Show all

The Salmat Strike- Call Centre workers have had enough

Tired of three years with no pay rise, workers at the Salmat Call Centre in Penrose, organized by Unite, strike for a better deal.
Post a Comment
Read more

Wisconsin- Revolt spreads from the Middle East to the Mid West

Protests in Wisconsin against anti-union bill The unquenchable fire of revolution has recently spread all the way to the state of Wisconsin, where over a 100 thousand people have recently gathered to protest the recent passed bill by Governor Scott Walker, which strips unions of their bargaining rights . The state of Wisconsin is currently facing a deficit of $137 million, and is expected to reach a predictive $13.6 billion by 2013. In order to combat this rapidly increasing deficit, Governor Scott Walker has proposed and successfully passed a bill which seeks to destroy the very fabric of unions, in a sort of chilling adulation to the most notorious anti-union and anti-democratic president the US has ever had, Ronald Reagan. The two key points of the bill are the requirement for public workers to contribute more to their pensions and health insurance, and the stripping of their rights to collectively bargain benefits and working conditions. The contributions would increase
Post a Comment
Read more

ULA, all the way! Breakthrough for the Irish Left

Socialist Aotearoa would like to congratulate the comrades of the United Left Alliance , on the election of five of their candidates to the Irish Parliament, the Dail. Congratulations Joe, Clare, Seamus, Joan and Richard! The workers united, will never be defeated! The ULA did not exist four months ago. Its component parts, most notably the Socialist Party and the People Before Profit Alliance , had scored some good successes in the local elections of 2009. As the scale of the economic crisis in Ireland got worse and worse, the decade old struggle for unity on Ireland's socialist Left took on a greater urgency, leading to the formation of the ULA just at the moment when the Fianna Fail- Green Party government collapsed. Fianna Fail has been slaughtered- the default party of the Irish ruling class now reduced to a rump of 18 or so TDs, losing over 60 seats. Their junior partners, the Greens, have been annihilated, losing all their six seats. Yet again there is a wa
1 comment
Read more

- February 23, 2011
Tumeke blog alerted us to the horrible views of some fundamentalist Christian types who are saying the quake is divine punishment for social reforms. Below is an email sent to Max Legg but we are also asking people to come out this Sunday morning at 9.30am at Victory Church in downtown Auckland and give out leaflets promoting tolerance, understanding and respect to the Victory Church goers and asking them to censure their Church leaders. It is important that we challenge these views and to give Victory Church's members an alternative point of view to that of their ministers. Natural disasters are caused by plate tectonics not divine intervention. It is disrespectful to the victims of the earthquake to say they are being punished for social reforms like outlawing violence against children. Religious leaders should be concentrating on leading efforts in solidarity with the people of Christchurch instead of inciting amongst their or followers hatred towards homosexuals, sex workers
3 comments
Read more

All our solidarity with the people of Christchurch

A massive earthquake of magnitude 6.3 has hit Christchurch, and the police are saying there are multiple deaths as many, many buildings have been levelled in the worst natural disaster in living memory. 17 people have been confirmed dead. Search and Rescue and emergency workers have been working hard since the quake struck just after midday. The quake is awful, terrible and devastating. All our love and solidarity is with the people of Christchurch. In the next few days a massive mobilisation of solidarity will pour out to support the people of Christchurch during these next few days. Kia kaha people of Christchurch! "A disaster is not a revolution, but it can reveal--in a flash that seems gone the moment after it arrives--the capacity we human beings have to reorder our lives in a new, cooperative way, leaving behind the degradation, oppression, violence and corruption that is our daily fare under capitalism. " Disaster socialism The aftermath of a great catastrophe
Post a Comment
Read more 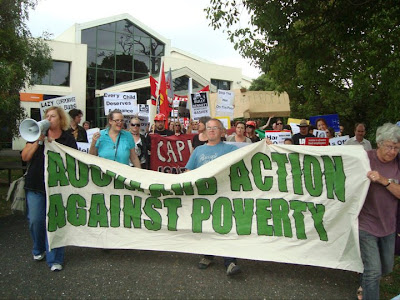 The NZHerald is reporting that beneficaries face a bombshell tomorrow as the Government's Welfare Working Group is about to release a report that is expected to recommend radical and destructive changes to New Zealand's social welfare system. Sue Bradford led Auckland Action Against Poverty is leading the charge against the new round of benefit cuts with a picket at the Henderson WINZ office at 2pm tomorrow. In an excellent article Gordon Campbell has deconstructed 10 Myths about Welfare attempting to introduce some rationality into the debate about welfare. One of the interesting things that Campbell points out is that "Looking across all forms of benefits, 61.4 % of recipients are benefit dependent for four years or less". Of those who are benefit dependent for longer, many are chronically physically and mentally disabled. Cutting benefits is about attacking those least able to work at the same time as the availability of jobs shrinks. Benefit cuts are about
Post a Comment
Read more 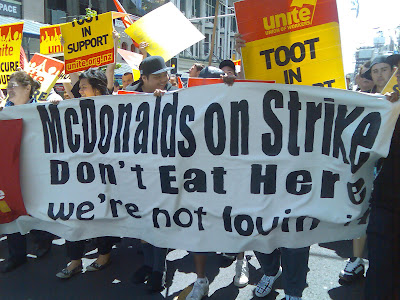 I have been working for McDonalds since March 2009. I have been a Unite delegate since around October 2009. I had only joined the Unite Union a few months prior to that. When I joined the union I wasn’t necessarily pro union but I knew it was good to be a member as my father is a member of a different union at his workplace and they have helped him when he has been in certain predicaments. The thing that changed my thoughts from being neutral about unions to being pro union was the first time I needed their help. I wish I had called them sooner. I was originally hired as a full time worker after the new store opened and the hype died off, they decided they didn’t need as many staff, so they cut down my hours. Up until this point, I tried my best to be a good employee and stayed on longer when needed. I did extra shifts when they were understaffed. After numerous times of telling them I needed more hours and that I wasn’t getting enough; This even included a meeting with a couple
1 comment
Read more 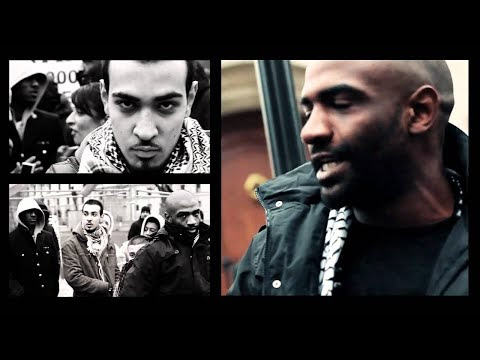 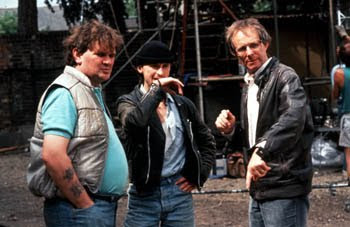 The lads in Riff Raff look after each other - squat houses, reconnect the gas and look after each other at work. In Ken Loach's excellent film Riff-Raff about being a young, poor worker in Thatcher's Britain, some older, stroppier builders labourers help a young, homeless man get set up in London by helping him squat an abandoned council flat. They clean it up together and while there the oldest and stroppiest of the builders shares some of his thoughts on public utilities. He talks about how the Liverpool City Council is the only council in the country building more council houses . Then he reconnects the flats gas before telling the lads, "Can anyone explain to me why someone's got to make a profit everytime you boil the kettle, or everytime a kid has a drink of water, or everytime a pensioner has a warm by the gas fire". Why should someone make a profit everytime we use our laptops, boil a cup of tea or take a hot shower? The concept of "mum and dad
Post a Comment
Read more

"Take Tahrir to the factories!" - Egypt's Junta and the Permanent Revolution 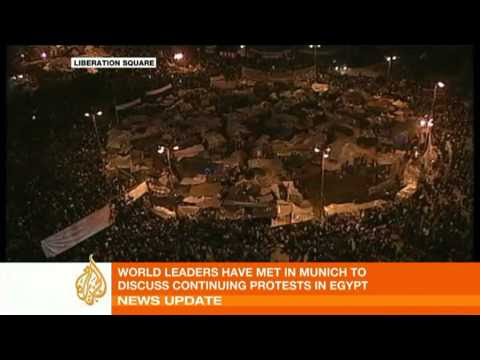 The workers, middle class, military junta and the permanent revolution Commentary, Hossam el-Hamalawy , Revolutionary Socialists of Egypt Since yesterday, and actually earlier, middle class activists have been urging Egyptians to suspend the protests and return to work, in the name of patriotism, singing some of the most ridiculous lullabies about “let’s build new Egypt,” “Let’s work harder than even before,” etc… In case you didn’t know, actually Egyptians are among the hardest working people in the globe already.. Those activists want us to trust Mubarak’s generals with the transition to democracy–the same junta that has provided the backbone of his dictatorship over the past 30 years. And while I believe the Supreme Council of the Armed Forces, who receive $1.3 billion annually from the US, will eventually engineer the transition to a “civilian” government, I have no doubt it will be a government that will guarantee the continuation
Post a Comment
Read more

Victory to the People

The Egyptian people have made a revolution that will change the course of history. Hosni Mubarak was one of the world’s most brutal dictators and was backed to the hilt by the US and all the western powers. But the millions who took the streets, who occupied Tahrir Square and who faced bullets and tear gas day after day proved one thing. They proved that when the mass of ordinary people organise collectively they can defy even the most entrenched and repressive state machine. The people that waged this courageous struggle have proved in practice what socialists always argue, that ordinary people have the potential power to take control of our own lives. When they do old ideas, prejudices and taboos are thrown up into the air. In Tahrir Square divisions of gender and religion were challenged in the heat of a united struggle. This revolution is not over, there is still so much to fight for. Workers came onto the stage in the final decisive moments of the revolution. No
Post a Comment
Read more

Tariq Ali to lecture at Auckland Uni in March 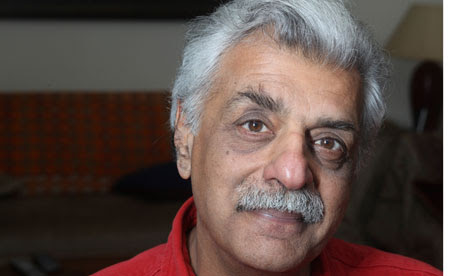 SIR DOUGLAS ROBB LECTURES 2011 The prominent political commentator and activist Tariq Ali will deliver the 2011 Sir Douglas Robb Lectures on “Empire and its futures”. His lectures, on 17, 21 and 23 March (7pm), will deal in turn with three topics: “Islam and its discontents”, “US power today: The global hegemon”, “The rise of China”. London-based and published on every continent, Tariq Ali has been a leading figure of the international left since the 1960s. He is an editor of New Left Review and has written more than 20 books on world history and politics as well as seven novels. Born in Pakistan he attended Oxford University where he became involved in student politics and the movement against the Vietnam war. He is a critic of neoliberal economics and his book The Clash of Fundamentalisms: Crusades, Jihads and Modernity was a response to 9/11. His latest book is The Obama Syndrome: War Abroad. Further details of his lectures will be posted on this website as they co
1 comment
Read more 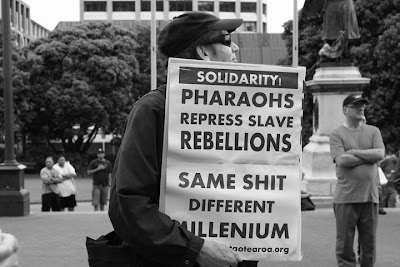 On February 5th Wellingtonians gathered to show their support of the people of Egypt in their struggle for democracy. Over 60 people gathered in Midland Park on a typical grey Wellington summer day with signs and banners in solidarity with Egyptians as they continue their peaceful demonstrations in a call for Hosni Mubarak to step down immediately. One of the Green MP Keith Locke's staffers spoke, reminding us that both Labour and National have not called for Mubarak to go. Omar Kamoun from the Wellington Palestine Group spoke, as did Islam, the self-proclaimed "only Egyptian in Wellington." We formed a procession down Lambton Quay in the view of hundreds of people who were in town for the Rugby Sevens Tournament and visitors from the two cruise ships docked in the harbour. They received us well, and it was heartening to see that although Egypt is far away and it's people are foreign to most of us, many Kiwis were aware of the struggles in Egypt and empathise
Post a Comment
Read more
More posts