Showing posts from December, 2010
Show all

Let the Games Begin- The World's First Strike of 2011!

1,100 unionised workers in SkyCity Casino, Auckland, are preparing for strike action on New Years Eve- to achieve a Living Wage of $15 ph for the starting rate. If in Auckland, come down and support the workers- txt Joe at (0064) 029 44 55 702 messages of solidarity. or Leave your solidarity message HERE from Unite union's Mike Treen- SkyCity Casino in Auckland will be the scene of union organized action on January 1 starting immediately after the traditional fireworks display. Unite and the Service and Food Workers Union are organizing a series of joint stop work meetings starting at 12.30am on New Year's day. The meetings will be voting on a resolution from the union negotiating team rejecting the company's offer in the Collective Agreement negotiations and empowering the unions to organize continuing industrial action until a suitable offer is received. "This stop work meeting will the world's first industrial action in 2011", said Unite
Post a Comment
Read more

more breathtaking pictures of the X3 protests HERE by Sadie Robinson The vote on tuition fees in parliament last week showed British “democracy” is a hollow sham. The Tories and their Lib Dem poodles voted to allow universities to charge up to £9,000 a year in tuition fees—despite huge opposition and previous Lib Dem promises to oppose fee rises. Politicians don’t keep their promises, and they ignore, or attack, peaceful protests. No wonder that millions of students, and workers, are increasingly furious. Students took over large parts of central London on the day of the vote as police lost control for the fourth time in a few weeks. Thousands of protesters occupied Parliament Square. Police wanted to keep them out—but the students charged through the police lines. It felt like a street party. Students chanted at parliament, “That’s not what democracy looks like—this is what democracy looks like” and “We’re young, we’re poor—we won’t pay any more!” The smell of sm
Post a Comment
Read more

Matt McCarten on Unite and the prospects for a new left party Matt McCarten (right) campaigning for better pay. December 7, 2010 -- Links International Journal of Socialist Renewal -- Matt McCarten is secretary of the New Zealand's fastest growing union, Unite . The union organises fast-food workers, cleaners, hotel and casino workers, security and part-time staff. It has a financial membership of 8000 members. The transient nature of the industries the union organises means it has an annual membership turnover of 66 per cent and recruits about 600 new members every month. The union operates on an income of just over 1 million dollars per annum. McCarten is a veteran of many left campaigns, including playing a key role in the foundation of the New Labour Party following the split from the New Zealand Labour Party in 1989. It was his leadership in the historic 1985 occupation of the Sheraton Hotel with the Hotel and Hospital Workers Union that
Post a Comment
Read more 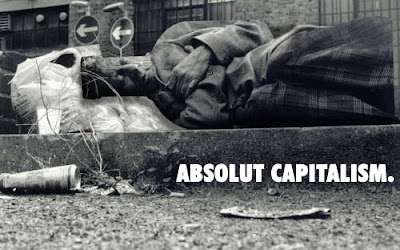 by Sue Bradford at Pundit.co.nz Comments from the Prime Minister suggest that the government's willingness to act tough on welfare may go a lot further than many expect What is the real Key agenda on welfare reform? It could be a lot scarier than media commentators and the public think. So far, knowledgeable types on the parliamentary circuit, for example John Armstrong in a recent article, question whether tough recommendations from the Government Welfare Working Group will actually ‘sit easily with the Prime Minister’s more centrist disposition.’ How centrist John Key actually is on welfare is now very open to question. When Anglican Bishop Muru Walters took part in a church leadership delegation to the Prime Minister in late November, he presented Mr Key with a copy of the first report from the Alternative Welfare Working Group: Welfare justice in New Zealand: what we heard. The PM’s response to the gift of the report, as relayed by the Bishop in the fore
Post a Comment
Read more

Ireland on the Edge- a revolution televised

As Ruling Class hegemony collapses and the Government parties face annihilation in a January election, the working class of Ireland brace for the IMF Budget on December 7th. Radicals in the new United Left Alliance plan to lay siege to the Dail, the Irish Parliament, on that night. Ireland totters on the brink- here is the seeds of a revolution televised. Sit back and watch this hour of footage- of the 100,000 trade unionists who marched against the IMF, of the sell out trade union leaders booed and ridiculed by angry workers, the bravery of the students who occupied the Department of Finance and faced the cavalry charges, batons and alsatian dogs of a brutal police force- beware the Risen people. United Left Alliance Uploaded by DSN2010 . - Watch the latest news videos.
Post a Comment
Read more
More posts