We Need Action! Not Reaction 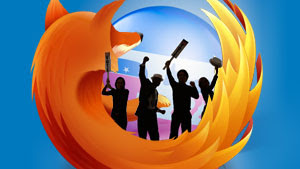 A commentary on race, political correctness and the internet.

Clicktavism;
A term coined for Digital era Activists who use digital media and social networking as a means of online protest, recruitment and support of activities, groups and causes they ‘like’. ‘Attending’ you clicked, sent your RSVP, before commenting on the subject matter. Did I see you there?

Zero Tolerance for Racism – Sack Paul Henry
A protest organized by Socialist Aotearoa with more than fifty people in attendance, used Facebook, e-mail and txt message as the main form of communication to spread the message. However it was the ‘real people’ who protested sending a clear message to TVNZ that state-broadcasted racism will not be tolerated by the majority of Kiwi’s’ that Paul Henry was supposed to be speaking for.

What’s a real Kiwi? Identity, Racism and Class in Aotearoa
There is huge support amongst trade unions, workplaces, churches, politicians and political groups, students and activists who oppose racism in any form in an ever increasing multi-cultural Aotearoa. What’s a Real Kiwi? According to a supporter of Paul Henry it wasn’t anyone who actually ‘attended’ the protest or anyone who ‘attended’ a meeting of the title mentioned above. In fact these people were openly criticized for not being ‘Kiwi’ enough to attend these events.

What about Hone?
Wasn’t the email he sent racist? Yes it was, and he was reprimanded and faced intense scrutiny both by his political party and by Prime Minister John Key. John Key, wasn’t he sitting next to Paul? The very same John who called for Hone’s head months earlier found it funny that the Governor General was the topic of an obvious racially charged question and let the TV presenter off remarkably lightly.

Are we too PC? Dixit or Dikshit?
Pronunciation of people’s or place names isn’t new to Aotearoa, Whanganui anyone! But surely we should be able to show the same respect to foreigners as we would expect to be shown ourselves. Freedom of speech we have the right to freedom of expression; we also have a responsibility to use that freedom with respect and tolerance.

Tweet As
Twitter, Facebook, Blogs - are all great forms of communicating with a wider audience but how do we translate that to the streets as a form of social change? Can a digital revolution take place? Are people substituting time for trend? Can you ‘like’ something and ‘attend’ in solidarity? Sure but as most activists will attest there is no substitution for actually attending a protest for real….