After Paul Henry - Rally against racism at Auckland University 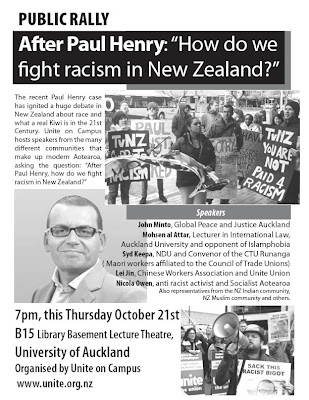 The recent Paul Henry case has ignited a huge debate in New Zealand about race and what a real Kiwi is in the 21st Century. Unite on Campus hosts speakers from the many different communities that make up modern Aotearoa, asking the question: “After Paul Henry, how do we fight racism in New Zealand?”