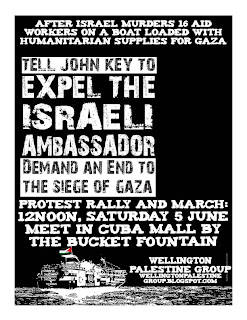 After Israel murders 16 aid workers on a boat loaded with humanitarian supplies for Gaza, another aid ship, the MV Rachel Corrie is on its way.