Timana Tahu: Standing up for my beliefs 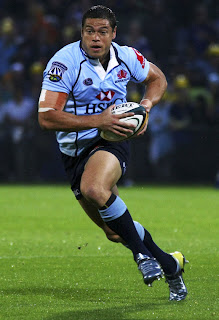 "I believe I am a role model for children and I did this to show my kids this type of behaviour is wrong. This isn't about me or Andrew Johns, it's about arresting racism and standing up for my beliefs,” said Parramatta Eels rugby league star Timana Tahu in a homemade video posted up a few day ago.

Tahu, a rugby league player with a Aboriginal mother, a Maori father and a lot of courage, walked out of the camp of the New South Wales State of Origin team last week after the Assistant Coach Andrew Johns thought it ok to be “using several offensive racist slurs including "coon", "Abbo", "nigger" and "monkey" at a boozy Blues bonding session last week”.

Tahu is back with the team this week, but his stand against racist dickheads like Johns should be applauded. A few other recent incidences suggest that the locker room racism that Tahu tackled is widespread. In May NZ Rugby World Cup Ambassador and former All Black Andy Haden claimed on TV that the Canterbury Crusaders, “had a policy of picking no more than three "darkies" from outside its catchment area for the Super 14”. He then told Campbell Live that calling people Horis and Coconuts was ok in the right context. Even John Key came out saying Haden’s comments offensive. Key is ehardly one to giv lessons on respecting non-white people after his comments about Tuhoe being cannibals soured an already damaged relationship.

And just days after Tahu’s stand, “AFL heavyweight Mal Brown called Indigenous players "cannibals'', sparking a new row. “The Victorians picked both sides. They cheated, they picked the best players. And because there were no lights, I couldn't pick any of the cannibals" he said. Brown then pointed to reporters saying: “Don't you go writing what I said about those Abos [sic]”.” 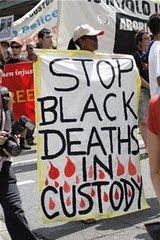 Sure, these comments aren’t the same as the sort of racism that makes it ok for a Seattle cop to punch a 17 year old woman in the face, murdering 14 Irish protestors including those crawling away from barricades or waving white flags or even the type of racism that thinks that economic strangulation is ok to do to people who don’t share the same god as you.

But it’s these sorts of racist comments that have created a culture where Queensland cops cover up the 2004 killing of an Aboriginal man in a Palm Island prison cell by one of their own.

And it’s these sorts of racist comments that make some New Zealanders think it is ok to ban turbans (read Sikhs) from their local watering hole. The Herald reports that at the Manurewa Cosmopolitan Club, “200 out of 300 people at the club had voted against Sikhs' turbans”.

Is anyone surprised that we live in a country that doesn’t think it is a major issue that Maori are effectively second-class citizens, with an average life expectancy of nearly 8 years less than non-Maori? Or where Maori make up 14% of the population but 50% of the prison population.

Now she mourns, “I have children now. Thanks to people like Andy Haden, who continue to breath life and energy into a repertoire of racist words, I know that they too will have a similar series of stanzas.”

Tahu made a courageous stand against the sort of low level racist degradations that provide a background music/"white noise" to the real structural disempowerment and collective discrimination that people of colour in Australia and New Zealand have to put up with. No doubt at least some racists will think twice before they open their mouths to spew their bigoted opinions again. And let’s hope that Tahu’s wildcat action inspires more than a few of us to raise our voices against racism and stand up for our beliefs. 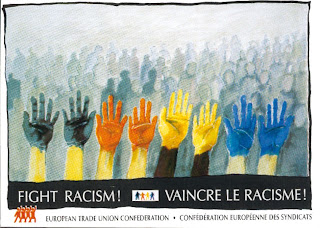