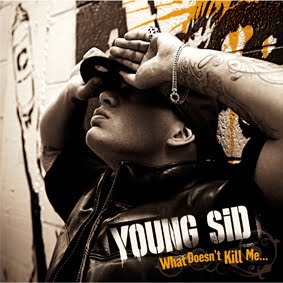 South Auckland rapper Young Sid has just released his second album What Doesn’t Kill Me. The songs provide a gritty sequel to Smashproof’s The Weekend and provide the listener with new maps of the south Auckland underworld. In this review Omar Hamed argues that Young Sid’s songs should serve as a wakeup call to a New Zealand gradually growing used to poverty, racism, crime and abuse. 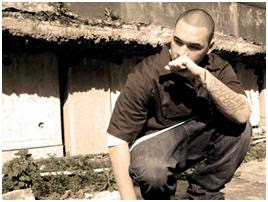 Young Sid’s new album, What Doesn’t Kill Me, is a view from ground zero of the post-industrial city. It’s the extended story of a young Polynesian male making his way as a hip-hop artist in South Auckland. Over the eleven tracks and five bonus tracks Young Sid, aka Sidney Diamond, meditates on life, death and human worth in South Auckland.

What Doesn’t Kill Me is Sid’s second album, after his 2007 debut, The Truth, and comes a year after his band Smashproof released their album The Weekend and their hit single Brother spent a record eleven weeks at number one on the New Zealand RIANZ singles chart.

Some of Sid’s songs confront the dark underworld of South Auckland existence while others just rap on Sid’s life experiences. Never waste a day is a song about working hard and seizing the day. You, an anthem for abused children inspired by the sick to the stomach feeling Sid feels as he watches another news report of a child being kicked around like a hacky sack or a teenager being pimped by her father. The rage is palpable, “She didn’t get even to say fuck the world; ‘Fuck the world!’”. Here then gone, a song about supporting his mother after she was diagnosed with lung cancer. Stuck in a box, about the perils young New Zealanders face growing up in the ghetto, teenage pregnancy, youth gangs and drug and alcohol addiction. The heist is a spine-chilling rhyme about a couple of guys stealing a car. In Taken away, Sid has created a modern ballad to immortalise the experience of another young male heading to prison, “Just sit and watch the clock, tick, tock, watch your people get taken away.” 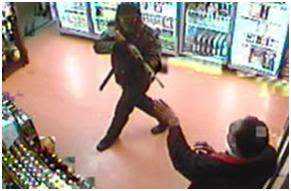 In Smashproof’s The Weekend, Tyree, Young Sid and Deach, took the listener through the weekend of young South Aucklanders, starting with clocking out of work on Friday afternoon and heading out to a party. On the way they offer up hard-hitting commentary as they attempt to make sense of the cauldron of racism, poverty, police brutality and drugs that afflict south Auckland. In Brother, Smashproof tried to make sense of the killing of fifteen year old tagger Pihema Cameron by Bruce Emery. And as the weekend ends the rappers muse on heading back to their retail, call centre and warehouse jobs. The fact that these young musicians created their album while still working the sort of low wage jobs that most south Aucklanders do is part of how they could create tunes that resonate with so many others who lead an Ordinary Life, “Back to my life, back to my job, back to the slavehouse working from 9 to 5.”

Sid’s latest offering can be seen as almost a darker and grittier sequel, driven by the same feelings of pain and pride that South Auckland inspires in the man. On the title track What don’t kill me, Sid talks about his life being enveloped by a media storm focused on his links with gangs and how he became the face of youth gang culture; “I did it for my city, ‘cause I’m the face of it. I identify with the hood, most can’t relate to it.” 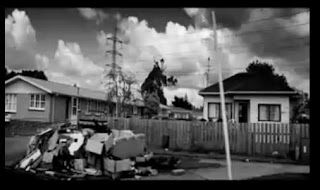 The creator of American TV series The Wire David Simon paints a vivid picture of the post-industrial city as a place where, “Every day, human beings are worth less. That is the triumph of capital. … The more we become post-industrial, the fewer we need. Every minute, human beings are worth less.” In many ways What Doesn’t Kill Me is the story of a young man coming to terms with this and yet still attempting to succeed as an artist. In Around the World in One Day, the son of an alcoholic and a drug dealer, describes his joy coming home to South Auckland from New York and recognising the landmarks of his hood, “Heading past Great South Road heading towards the ruins, you can tell we in the hood now a lot of Churches. Liquor stores, TABs open like project curtains”. The grim Godfather is about surviving as a young man, “stuck in the white man’s world” and about living the horrible consequences of colonisation. Lyrics give an insight into racism experienced, “If you ain’t the same colour then you ain’t seen as a human being, you’re looked as a peasant or a vermin”. 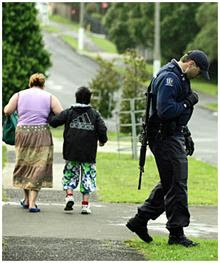 New Zealand can’t afford to ignore Young Sid. Almost every week we are confronted by another awful tale of crime and brutality from poverty stricken suburbs and almost invariably it will be followed by journalists, columnists and politicians spewing forward their opinions on how mad and bad this country’s underclass has become. Sid’s songs show us both the best and worst sides of south Auckland. They paint a picture of utter hopelessness and at the same time Sid tells his life story of pain, struggle, conviction, hope and redemption. The themes that Sid explores on What Doesn’t Kill Me will not go away. Poverty, homelessness, hunger, drug abuse, crime and imprisonment are all still on the rise. We can cover our ears, close our eyes and pretend it isn’t happening or we can heed the warnings on this album and confront the social and economic misery that neo-liberal capitalism has writ large in a post-industrial city.

Socialist geographer Mike Davis has written that in the urban slums of the Third World spirituality “sanctifies those who in every structural and existential sense, truly live in exile”. Sid’s songs and their accompanying morality do just that and like Son of Nun or Immortal Technique he has helped to create a visceral and intellectual map of the random violence, the grinding poverty and hopelessness that the twenty-first century needs if we are going to try and navigate an escape from it.