I Got Love for the Underdog 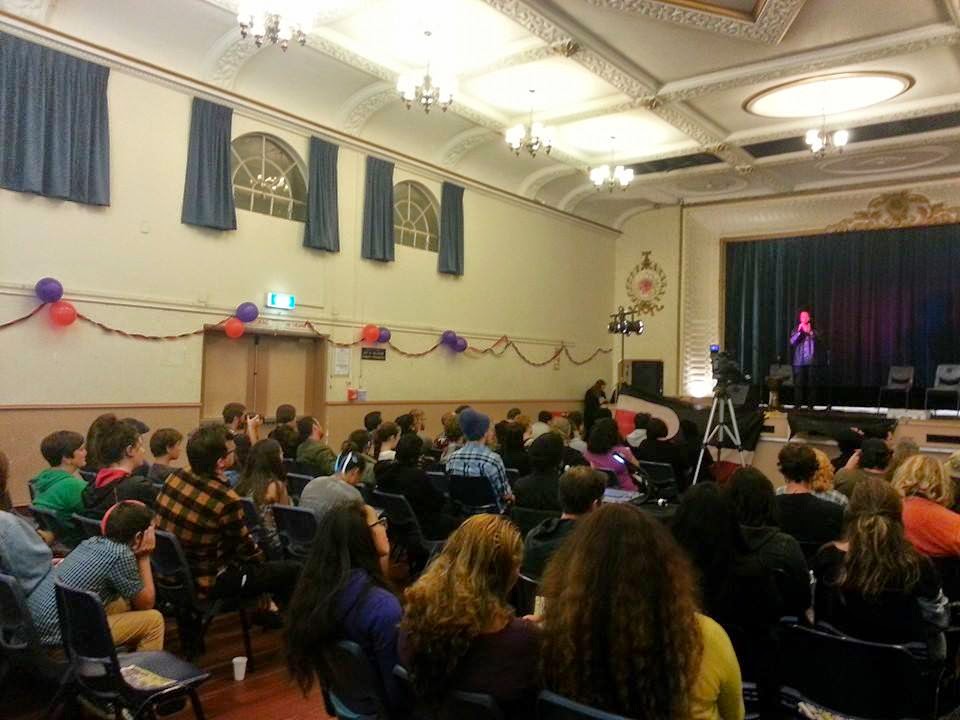 Boots Riley talks about working class resistance and radical parties in American history to a packed gathering of Mana in South Auckland.

Tuesday the 15th saw Revolutionary hip hop music come to Mangere by way of Oakland California. Boots Riley of the Coup and the street sweeper social club, along with his guitarist Grego Simmons put on an acoustic show for the Mana movement at the historic Metro theatre in Mangere.  Listen HERE

Packed with Mana supporters and fans of Boot's music and politics, Boots Riley talked about his experiences as part of Occupy Oakland and the lessons learned in that movement. He talked candidly about how when you are trying to build a mass movement, you need to work with other people who aren't revolutionaries. But that this can be plagued with infighting and disagreements if people stick to their little ideological cliques and refuse to work with those who hold different politics to you.

As comfortable answering questions as spitting verses on the mike, Boots engaged with the questions and comments from the awestruck crowd with ease and left us wanting more. He reflected on his early experiences as an organiser, trying to rally people around vague concepts such as fight racism and how little traction he got with that until he witnessed an extraordinary situation that changed his perspective on organising and politics. Two white police officers were beating on these two 8 year old black kids they claimed were selling drugs. Their mother saw the police doing this to her children and came out  and tried to stop them, they turned on her and started beating her as well. Hundreds of members of the community came out and surrounded the police in anger. The cops got scared and drew their guns and fired into the air dispersing the crowd rapidly at first. But someone started chanting out a few words that would give the crowd back their resolve. 'Fight the power, fight the power'. This was 1989, and the number one song on the radio at the time was Public enemy's son; 'Fight the Power'. A young Boots remembers that with that cry the crowd went back and they took the guns away from the cops and turned the car over. They took the Mother and her children away to safety and to hospital. With that action, they saved their lives, and took a step that hadn't been taken before. That's when he realised that hip hop, or any music could be a rallying cry, and cause unity of thought or unity of action. That's what started him on his musical journey.

He has a lot of hope for the struggle in the USA. Within the USA there's a  history of a radical militant tradition tied to labour organising. A lot of the social programs that they have in the USA exist because the government was scared there was going to be a revolution. He sees the primary contradiction in capitalism as exploitation. It happens at the point of labour, that's where we give the ruling class their power. But also where the working class has theirs.

We need to change the way we do things and get over the old rhetoric, we need to demand and not ask. These were some of the powerful ideas that Boots spoke about. For him to be speaking at an event put on by Mana was a powerful and uniting night. It reminded us of the different ways of doing politics. This was a Mana fundraiser based on Koha entrance. People gave what they could to a revolutionary event put on in a community Mana is active in. This highlights the differences between the Maori party and the Mana movement starkly. In contrast, the Maori party put on a fundraising dinner that cost $5000 to attend a dinner with john Key.

Boot's got his message across, both in his discussion as well as through his music. his first song was an accapella number titled I got love for the underdog. His ability to mix his politics with his music was felt by all and left people with a lot of interesting thoughts like his lyrics '5billion ways to kill a CEO', and 'a woman should know her place, it's on the front lines', and 'Always wear clean draws, coz life may go the wrong way'.

Boots Riley brought the punk and funk as much as he could to an acoustic show. But the messages of solidarity with others fighting the same fight, and continuing the struggle was what really rang through. Because in life, it's made up of imperfect people, and if you want to build a mass movement, you're going to have to work with them.

So have some love for the underdog and fight! 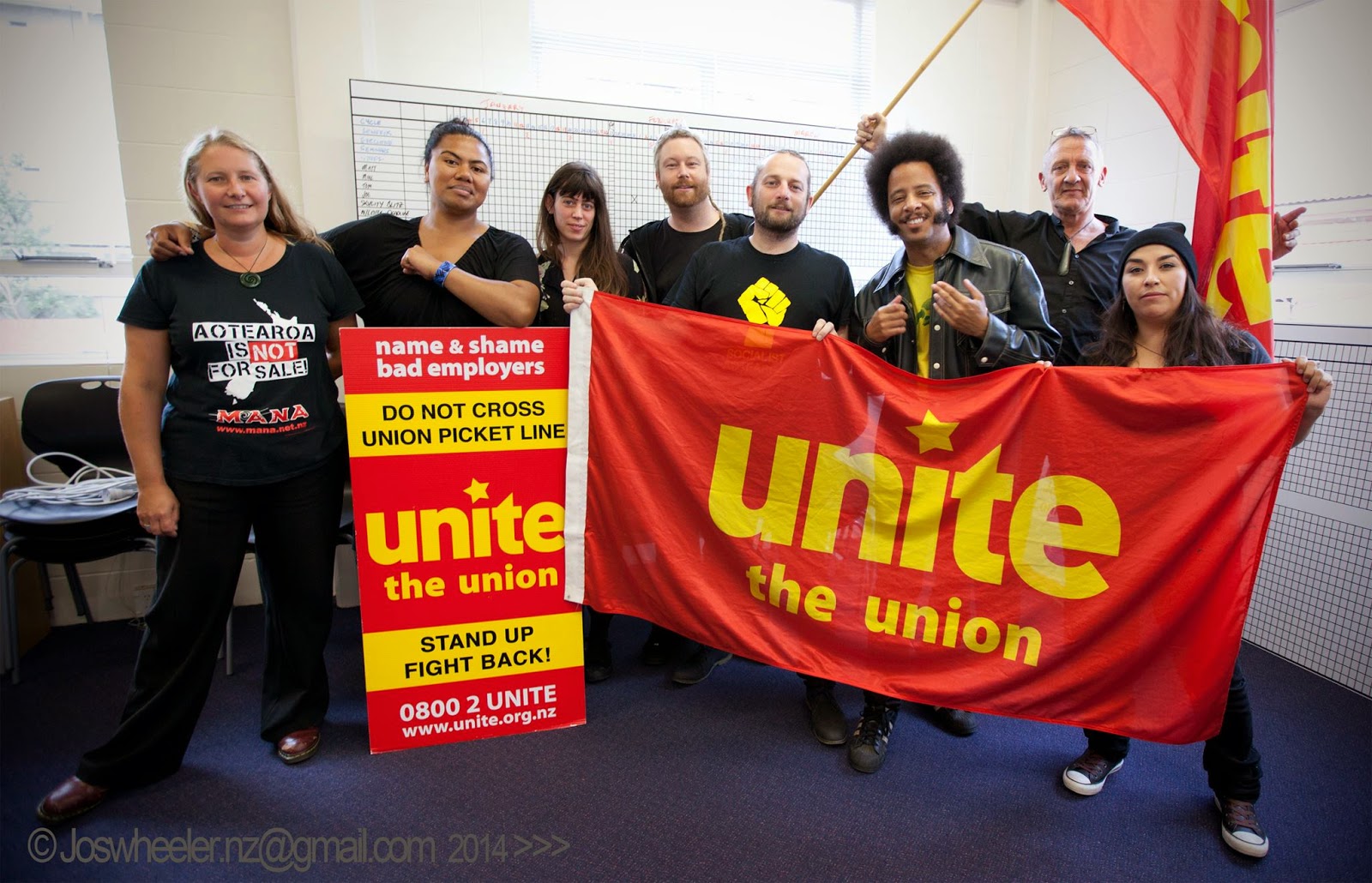 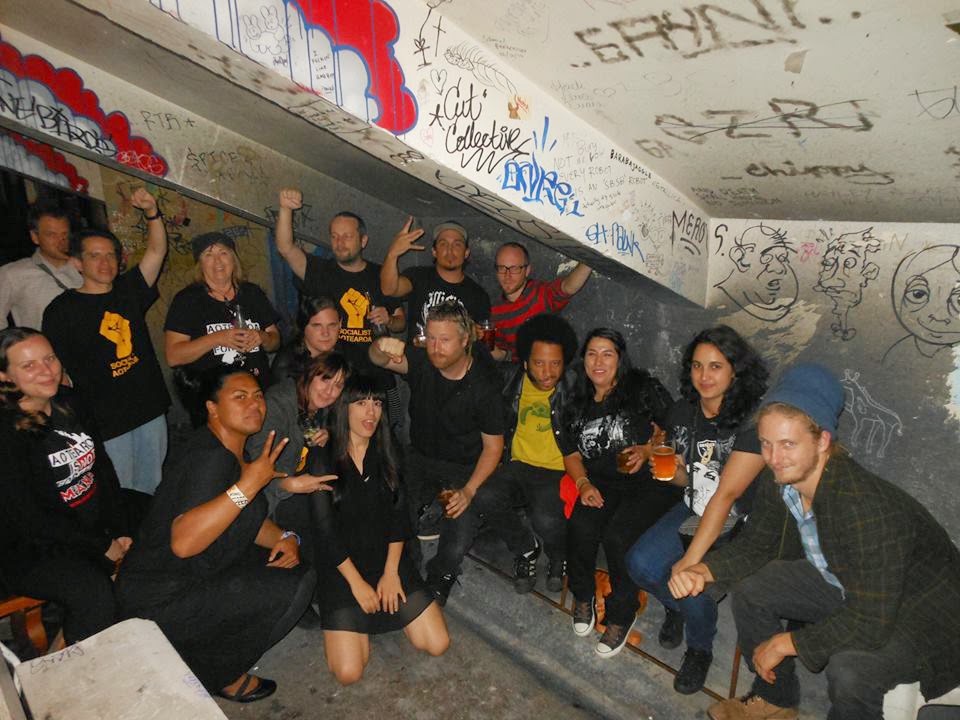