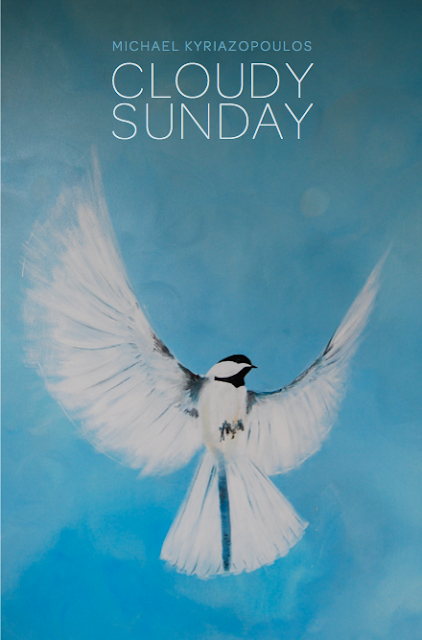 Michael Kyriazopoulos, or Mike Kay as he is known to his comrades, has just published his first work of fiction, Cloudy Sunday. The beautifully written novella with a well paced tempo and elegant story-line is equal parts history of the 28th Maori Battalion, Athenian war romance, informal tract on the philosophy of the Mana Party and anthropology on the origins of Greece's 'rebetiko' musical subculture.

Cloudy Sunday set during World War II follows the story of Tuatahi, a young Maori man from the East Cape of New Zealand through his enlistement in the Maori Battalion and deployment to Greece to fight the invading Nazi forces on the slopes of Mt Olympus.

Cut off and wounded during the New Zealand Division's fighting withdrawal to Crete, Tuatahi ends up hiding out in Pireaus, sheltered by a beautiful, young Greek woman Dora who makes a living singing rebetiko - a type of Greek folk-blues, whose name translates as 'of the gutter'. In the working-class nightclubs and ghettos of Athens' port Dora and Tuatahi's love blossoms. As German searchlights menace overhead Tuatahi  drinks ouzo, smokes hashish and makes love before he falls in with a band of Εθνική Αντίσταση, the Greek resistance. Alongside Alexis the Anarchist and  Panos the Trotskyist Tuatahi gets involved in leafleting Wehrmacht barracks with calls for mutiny.

Mike, a leading member of socialist group Fightback, former AWUNZ organiser and office holder in the Mana Movement's North Shore branch was diagnosed with Motor Neurone Disease at the beginning of this year. Mike, forced by the disease to dictate the conclusion to his wife Joanne, has used the story to nail down his experiences as a Greek Jewish socialist in Aotearoa, his observations of the similarities between Greek and Maori cultures and his personal and political outlook on the world - The meaning of life is life itself, to live it as fully as you can.

In the novella we meet Tuhoe followers of Te Kooti's Ringatu religion, John A. Lee inspired socialist soldiers and Greek partisan rebels influenced by the Trotskyism of Michalis Raptis. Tied together in the book all of these ideologies have also come to influence the DNA of the Mana Movement, an organisation to which Mike dedicated much of his recent political life, canvassing in the bush and harbour enclosed streets around his Beach Haven home, selling hangi packs at the local markets and cementing the political infrastructure of a movement that weaves together the militant leftism of John Minto and Sue Bradford with the radical indigenous activism of Hone Harawira and Annette Sykes.

Through Cloudy Sunday Mike also elucidates a political history of events such as Stalin's invasion of Finland, the sinking of the Hellas, and the tearing down of the Nazi flag from atop the Acropolis through the eyes of a working-class Maori. In a nightclub with the Greek resistance celebrating the now venerated act of Apostolos Santas and Manolis Glezos at the Acropolis, Tuatahi tells one of his new comrades "But symbolic acts are important brother. A century ago the Maori chief Hone Heke repeatedly chopped down the British flagstaff at the first colonial capital. That sparked a massive rebellion against the Crown."

The novella's title, Cloudy Sunday, refers to a rebetiko song composed during the Nazi occupation to honour a young Greek murdered at a German checkpoint. And indeed the text is littered with homages to the classics of British literature - James Joyce, William Blake, W.B Yeats, intermixed with references to Greek and Maori mythology and discussions of Marx's method of historical materialism. These cultural plugs enrich the plot and animate Cloudy Sunday's characters. When Tuatahi and his C Company comrades mass for haka before the German assault on Olympus, Mike tells us, "Tumatauenga, the red-faced god of war, was in possession of their bodies as their eyes flashed and teeth were bared. Tuatahi imagined the ash clouds of the volcano Whakaari billowing from his flared nostrils."

My only criticism of Cloudy Sunday is that at seventy pages it is all too brief. However what it lacks in breadth, it is redeemed in depth. Well done Mike, you have produced a beautiful story that is a tribute to the erudition of your writing, the intelligence of your politics and the mana of your character. I thoroughly hope that there is another print run of Cloudy Sunday because I have no doubt it will become a classic work in the emerging literature of our antipodean socialism.

If you would like a copy of Cloudy Sunday purchase the ebook off Amazon or petition the Kyriazpoulos's for another print run on Cloudy Sunday's Facebook page. 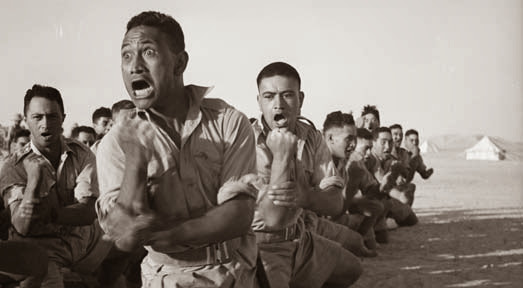