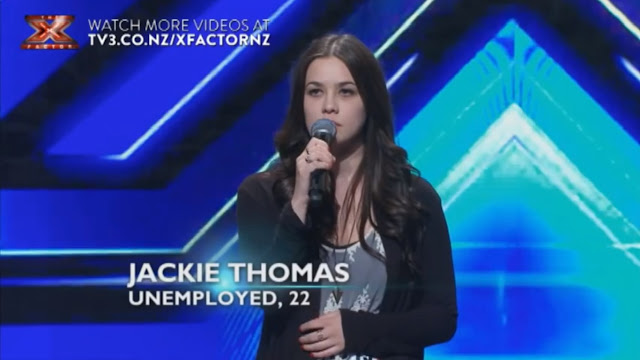 The winners, both with Maori descent and both unemployed highlight the growing youth unemployment problem in Aotearoa - 30% of young people are now unemployed in this country.


The X-Factor has showcased the talent of young New Zealanders and burst apart the right-wing myth that unemployed young people in this country lack energy, passion and drive.

It's no surprise that Thomas won - she had won the popular vote in 7 of 10 rounds and when she was thrown off the show by the judges a massive social media rebellion and a threatened wildcat strike by judge Daniel Bedingfield forced the show to bring her back.

And when Greymouth Mayor Tony Kokshoorn appeared on the show to wish Thomas luck, he alluded to the Pike River tragedy and the tough economic times the area is facing, in a touching meeting. Mayor Tony tells Jackie in a heart warming scene, "You know we've had a tough time over the last couple of years, especially in Greymouth. There is always sunshine after rain. And we're looking at you to be our rainbow that appears after the storm."

Indeed what is striking when one looks at the list of winners in Australian and British seasons of the show is the high proportion of winners from mining, industrial communities. Two out of four Aussie winners, and four of eight British winners have links with mining regions. In Britain two winners have hailed from the London borough of Islington, known in the 1980s as The Socialist Republic of Islington for its strong left-wing roots.

Mohammed Assaf, who recently won Arab Idol, hailed from a Gaza Strip refugee camp and emerged from the competition as a powerful symbol of Palestinian nationalist aspirations/

Whatever the criticisms of X-Factor, it does provide people with something unique, a chance for ordinary people to exert their democratic power over television bosses and an opportunity for a country or region to rally behind not just a singer but an idea.

Just as Assaf's victory focused the world media's attention on the Israeli siege of Gaza, Thomas's win serves as a reminder of the growing problem of youth unemployment in Aotearoa and the potential power of ordinary New Zealanders voting for and campaigning online for young people who just months ago were at the sharp end of Paula Bennett's war on beneficiaries.