The struggle against mining Coromandel 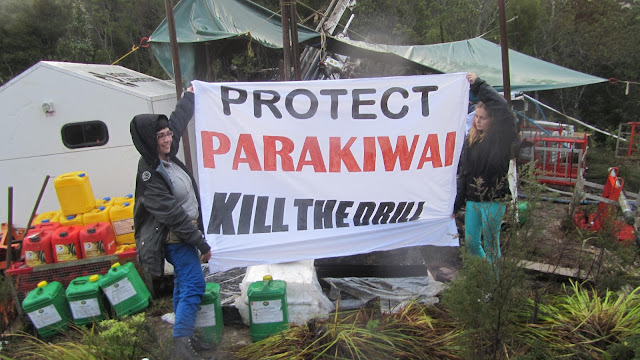 This past weekend saw the re-emergence of direct action in the Coromandel. A group of activists from Coromandel Watchdog and their supporters hiked into the Parakiwai Valley behind Whangamata and shut down a Newmont Mining exploration drill for over 30hours. The drill has been operating 24hours a day in sensitive conservation land in the hope of locating rich sources of gold and other precious metals.

A large area of the Coromandel has been opened up for exploration under the National government’s attempts to create a lucrative extraction industry. But there has been little to no public consultation and many locals are unaware of what is being proposed in their backyards. Talk of keyhole mining and surgical extraction hide the realities of what will happen if new mining operations go ahead. The infrastructure needed to support such 'non-invasive' mining is massive. Roading and support services will have to be carved out of regenerating forests, where the topography makes access difficult. Tailing dams will be a blight on the landscape and toxic byproducts such as cyanide, arsenic and mercury will be released into this pristine environment leaving a toxic legacy for future generations of kiwis to deal with. Is this what we want our children to remember us for? 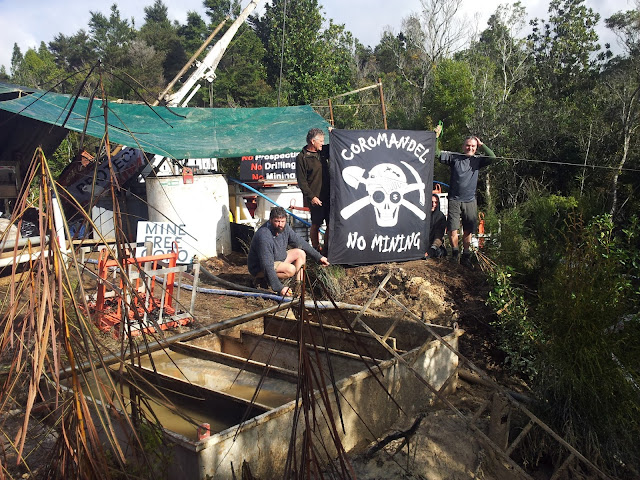 Newmont Mining has a long and chequered history in mining and is one of the largest mining corporations in the world. They have been implicated in multiple environmental and human rights abuses around the world. In Peru, where they employed the private security firm FORZA, violently broken up protests sometimes leads to deaths. They have also sent death threats and subjected ani-mining activists to video surveillance.

In Indonesia, dumping of waste from Newmont’s Minahasa mine has increased arsenic levels in the nearby seabed to ten times the levels allowed in the USA. This mine was the first mine in Indonesia to dump mine waste into the ocean. Known as submarine tailings disposal (STD), the method of waste disposal has been banned in many countries due to its harmful environmental and health impacts. Newmont piped its mining waste approximately ten kilometers from the open-pit and discharged it into Buyat Bay at a depth of 82 meters. From when it opened in 1996 until it closed in 2004, the mine dumped more than four million tonnes of mine waste into the bay. Coastal dumping of tailings is a grave ecological concern because coastal waters are biologically the richest parts of the oceans, and because many open-ocean species depend on coastal habitat for part of their life cycle. It is also a hazard to public health. In addition to facing severe coastal pollution and the destruction of local fisheries, villagers living around Buyat Bay have reported skin rashes and sores on their bodies, severe headaches, tumors and reproductive health problems. 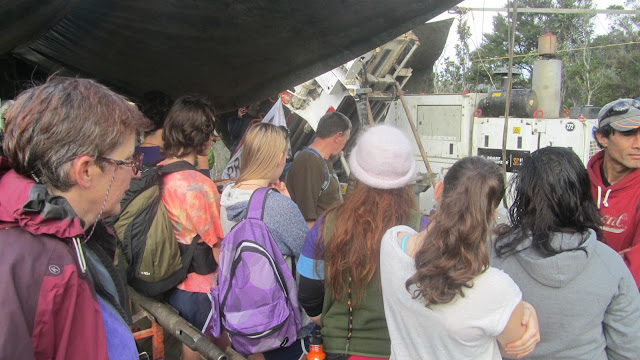 Here in New Zealand Newmont operate in favourable conditions compared to across the ditch in Australia. Here they pay a whopping 1% in royalties for the megaprofits they earn at our expense, face fewer taxes and less stringent regulations. At the Martha mine in Waihi, which has been operational since the 1980s, Newmont has paid absolutely no royalties on any profits made from that mine as royalty legislation had not been passed when the mine opened. Newmont’s profits do not stay in New Zealand, instead they go to international shareholders and help expand the mining industry worldwide.

With these issues in mind, it is encouraging and inspiring to see direct action being taken once again in the Coromandel to oppose mining. Direct actions such as occupations, sit-ins and sabotage used to be common practice to counter mining companies attempts to gain access to those valuable minerals in the earth. But the passing of the Coromandel No Mining Bill in 1997, effectively prevented new exploration in the Coromandel until now. 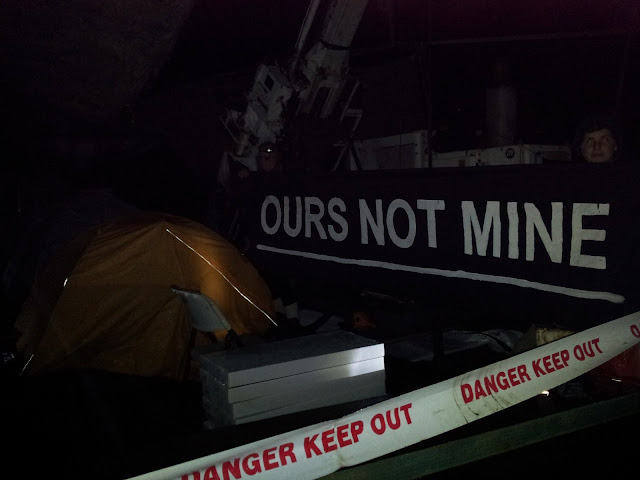 The new National-led government appears determined to expand the mining and petroleum industry in New Zealand, but at what cost? Seventy percent of New Zealand’s mineral resources are located under Department of Conservation land, meaning the places we hold close to our hearts are also the places they want to dig up and destroy. In 2010, 40,000 people marched in opposition to mining schedule 4 conservation land, which led to a humiliating back down by the government, but this has not stopped them from working quietly to expand mining in other areas of conservation land.

One of the most significant changes that the National-led government has instituted after the anti-mining march was; “that future decisions on mining-related access arrangements for Crown land, should be made jointly by the landholding Minister and the Minister of Energy and Resources, and should take into account the economic, mineral and national significance of the proposed ventures”. This means any applications for further conservation land or activities that take place on that land will need to be consented to by both ministers. This is a dramatic step backwards in how conservation land is managed. Economic interests will invariably trump environmental benefits as this is a cornerstone of Nationals ill-conceived plan for New Zealand's economy.

Opposition needs to come thick and heavy if we are to protect New Zealand's beautiful natural landscape from multinational mining corporations. And so it is heartening and encouraging to see a resurgence in the proud Coromandel Watchdog and broader activist tradition of physically occupying and preventing the operations of Newmont mining in the Coromandel. Activists faced a challenging hike into the foothills behind Whangamata in wet conditions to shut down the drilling rig which is aiming to reach a depth of 700m. Newmont mining flew in their external affairs manager Kit Wilson to engage with activists and monitor the situation. He took photos of activists and took video footage as 'evidence', threatening to escalate the situation if activists continued their occupation. He faced a cold and largely sleepless night in wet conditions for his determination to see the occupation ended. 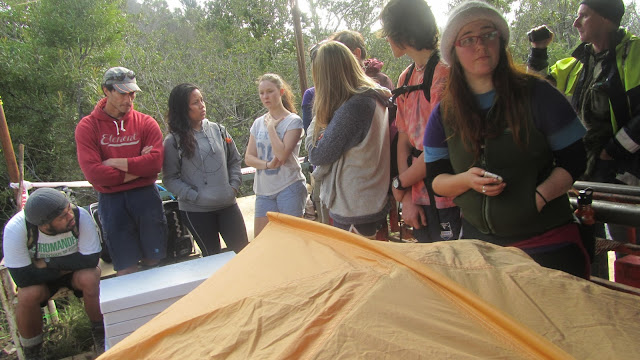 Sunday 7th July saw a public protest of locals join the occupiers at the drill site. These locals were met by security guards at the entrance of the park and given a 'safety briefing'. They were apparently concerned about the potential for spreading kauri die back disease in sensitive conservation land. Newmont later flew in security to the drill site and removed heavy duty tarps as the occupiers were voluntarily leaving the site. Newmont mining was clearly worried about continued interference with its drilling operations, which had been completely shut down since dawn Saturday 6th July.

Newmont knows it faces huge public opposition to its plans for more mines in the Coromandel, and has largely relied on lack of public awareness to allow it to continue. Coromandel Watchdogs actions should be commended and be a source of inspiration for further direct action, both against Newmont mining and this rotten National led Government.