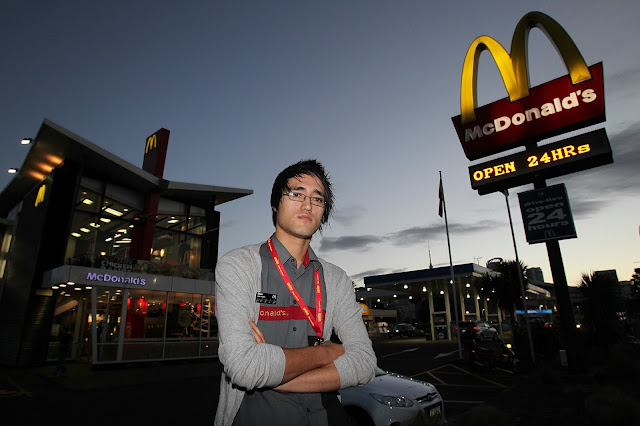 Sean Bailey is a Unite Union delegate at McDonald's who recently made international headlines after he was told not to act "gay" at work. Socialist Aotearoa talked to Sean before the story broke about organising at work.

What's the mood in your store?

Everyone is always different. But the majority do want better pay. For the job that they do is a lot more stressful and they think the money they are getting is not worth it.  They don't think the minimum wage is enough.

How are McDonald's workers organising to fight the company?

People are organising to sign up new members. And let people know that a stronger union presence in the store and the company makes the head office aware we won't tolerate low wages and forces them to listen to us. At the end of the day its the staff that makes the store operational not the bosses. Without the staff the company can't make any money.

Are we going to see strikes in the coming months?

Yes. People are angry about pay and also about not getting their rest breaks. Health and safety issues are also a problem. Broken equipment isn't being fixed. Stuff like air conditioning not working. It's all adding up.

What can the community do to support the McStrike campaign?
Write letters or phone the McDonald's head office. Join the strikes and pickets when we come out. Write letters to editors of newspapers. Help us raise awareness of the campaign so we can increase public support.